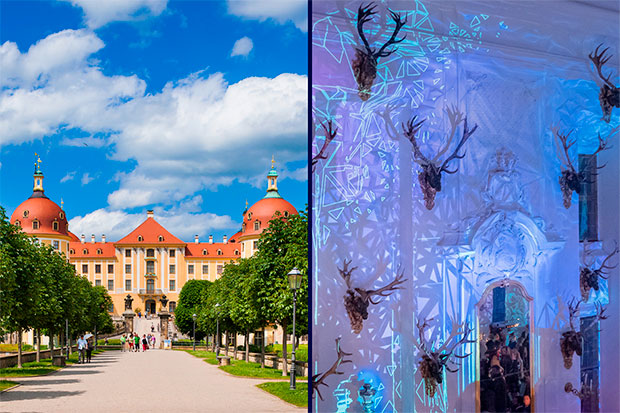 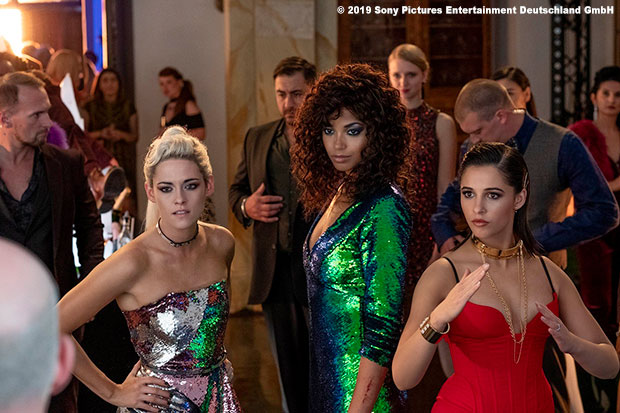 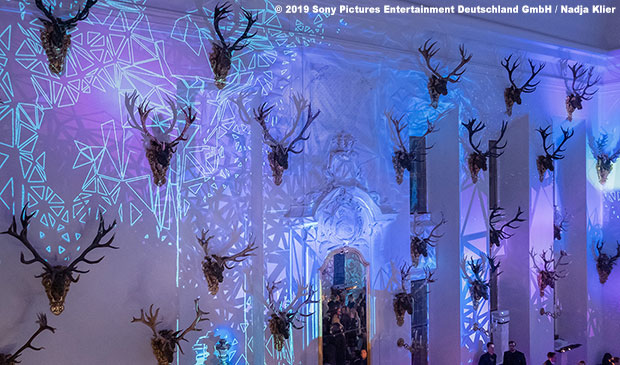 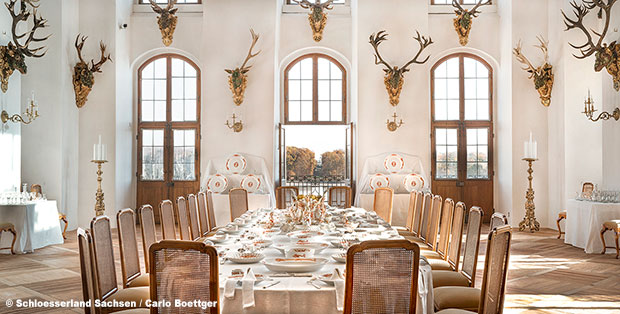 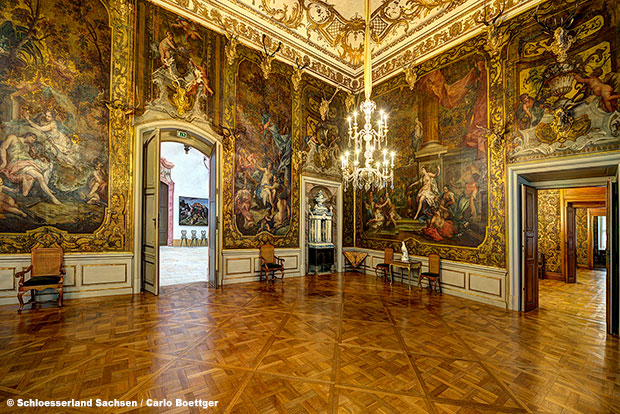 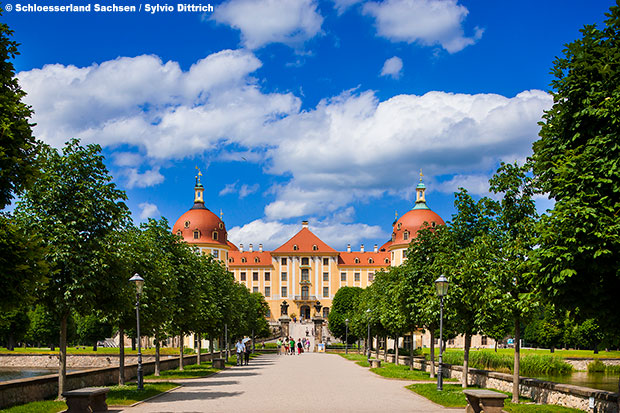 Laying your eyes on the baroque beauty of Moritzburg Castle with its lush landscape, surrounding pond, beautiful architecture and well-preserved historical interior, you’d rather expect it to host the set of a fairytale movie or a period piece. Instead, the baroque building formed the backdrop for the action-packed showdown of Charlie’s Angels. The Saxon castle acts as character Alexander Brok’s wealthy holiday home in the ski resort of Chamonix-Mont-Blanc in France, the place where Brok celebrates his annual Vision Party. Epic fight scenes between the angels and their nemeses are framed by a large collection of historical red deer antlers, crystal chandeliers and walls full of 17th century leather tapestries with monumental figurative paintings, which contrast beautifully with the ultramodern party scenes. The film shooting took place over a period of 10 days in 2018, mainly in the castle’s Dining Hall (Speisesaal) and Hall of Monstrosities (Monstroesensaal).

Moritzburg Castle might feel familiar to a lot of European film fans: it is where Cinderella famously lost her shoe in the popular Czech-German winter family film “Three Wishes for Cinderella” / “Drei Haselnuesse für Aschenbroedel” / “Tři oříšky pro Popelku” from 1973, which became a Christmas holiday classic in several European countries.