With her first documentary, Dark Star: HR Gigers Welt, presented at the Zurich Film Festival in the new section “Focus Switzerland, Germany, Austria”, Belinda Sallin brings us a sincere and moving portrait of an artist so unusual he’s almost mystical. Through a detailed analysis of not only the artist but also and above all the man behind the myth, the Swiss director sincerely paints a picture of the last days of one of the most atypical Swiss personalities of our time.

Although the precarious health of HR Giger made it uncertain as to whether or not the documentary would be made, the atmosphere this creates, a sort of moment suspended between two worlds, gives the film unique depth. Perhaps it’s this very uncertainty that sets Belinda Sallin’s documentary apart from all other portrayals of this legendary Swiss artist. In the few moments she has, she seems to caress the shadow that Giger leaves behind him with every step. Like his very works of art, the legendary Grigioni-born artist shines with an extremely specific light, which is sombre yet dazzling. Always dressed in black but lit up by a look that betrays his extraordinarily troubled and ironic nature, Hansruedi (as his nearest and dearest call him) inhabits every corridor of a house that seems to be made of flesh and bone. Indeed, it is starting with this extraordinary dwelling that Belinda Sallin begins to paint the portrait of HR Giger.

Stepping into his house in Oerlikon, Zurich, is almost like venturing inside his head. As his body has gradually weakened, becoming a thin, pale shell, his house has in some way taken its place, protecting him from the outside world. Having reached an age at which the opinion of others is of little importance, Giger speaks to the camera with complete sincerity, giving us precious moments of intimacy. As he himself makes clear right from the start, he’s not fond of talking about his art, so Belinda Sallin has to find ways of capturing his essence. Giger doesn’t say much but is very expressive, not just with words but above all with his body, in the way he addresses others (he is always extremely generous), in the secret relationship he has with things, the objects that surround him. As people who visit his home on a daily basis say, Hansruedi is always there even if it’s sometimes difficult to spot him.

Dark Star: HR Gigers Welt shows us Giger’s extraordinary ability to feel at ease in his world of strange creatures taken straight out of our nightmares. Unlike many artists, HR does not separate his artistic mode from his daily life. On the contrary, he manages to merge these two universes so well that he no longer wants to leave. By looking evil and nightmares directly in the face, Giger has somehow succeeded in exorcising them, dominating them, giving us images of a rare, poisonous beauty. Belinda Sallin’s portrait gives us a glimpse of a unique and almost certainly overly misunderstood artist, who knew how to probe the depths of his fears and find light beyond the darkness. 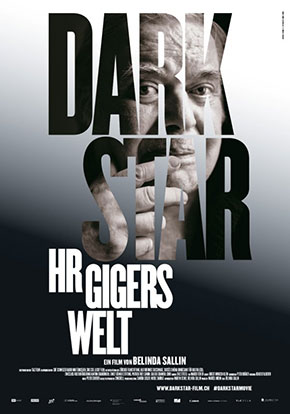 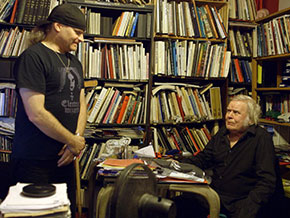 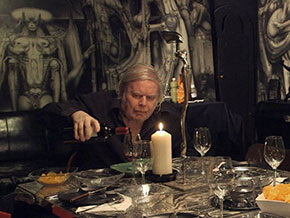 Crítica: Ballad of a White Cow