More than 30 years after his death, Rainer Werner Fassbinder remains one of the key figures in the history of European cinema and is essential if you want to understand the situation of post-war Germany. This major representative of the so-called New German Cinema boasts an extensive body of work that keeps sparking a huge amount of interest and fascination from his acolytes and detractors alike. During his short career, Fassbinder managed to direct a total of 40 feature-length films, two TV series, three short films, 24 stage plays and four radio plays – besides his work as an actor, writer, editor and producer on many of his movies. This impressive collection of titles has been the focus of many different studies and documentaries over the years, but the latest feature by German filmmaker Annekatrin Hendel is determined to show the man himself, exploring both his light and shadow with the help of those who knew him best. Fassbinder is having its world premiere in the Panorama section of the International Documentary Film Festival Amsterdam (IDFA), running until 29 [+lee también:
tráiler
entrevista: Annekatrin Hendel
ficha del filme] November.

The narrator’s voice states at the beginning of the film: “What counts is the body of work you bequeath, he believed. It must say something about the era it was made in, or it’s worthless.” From then on, it is Fassbinder himself (through filmed interviews, archive footage and fragments of his myriad movies) who explains how he struggled for 15 years to portray life and society in the former Federal Republic of Germany in the most truthful and visceral way possible, staying true to himself: “My goal is to make movies that are perfect, which are indistinguishable from French, Italian or American movies, but which remain personal reflections of their maker.”

But the real asset of Hendel’s documentary is allowing his closest friends and collaborators to convey an intense depiction of his character and genius from a deeply personal point of view. Big names from the German film industry, such as Hanna Schygulla, Irm Hermann and Harry Baer, recall the most important moments in Fassbinder’s life: from his early works, ripped to shreds by the critics, to his later international success; his passionate relationships and sexuality; his tyrannical attitude on set; his overwhelming sensitivity; and his drug-abuse problem that eventually led to his untimely death. As a result, we get a fresh and sincere approach to the character of Rainer Werner Fassbinder, the artist who revolutionised the cultural landscape of a whole country, but also an unprecedented insight into his deepest fears and desires as a human being.

The film was produced by It works! Medien in cooperation with the Rainer Werner Fassbinder Foundation and based on an idea by Juliane Maria Lorenz. RFF takes care of the distribution, and RWF Werkschau is in charge of the international sales. 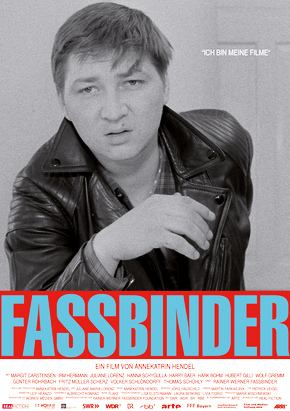 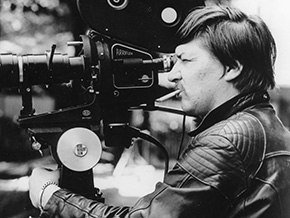 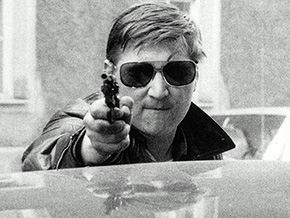