These are the latest findings from aa new report by the European Audiovisual Observatory, part of the Council of Europe in Strasbourg. The Observatory has just launched the up-date of its "Circulation of European films" report in time for the Berlinale. It analyses the performance of European films over a five-year period (2012 - 2016) throughout 12 non-European sample markets. Download it for free here.

I. Number of European films released outside of Europe up by 8.5%

This is in line with admission levels observed in 2013 and 2014 but below the five-year average of  97 million (see Figure 2 below). Applying local average ticket prices this corresponds to an estimated EUR 475 million in gross box office earned by European films outside Europe in 2016. European films accounted for 19% of the tracked number of films on release (in line with the 5-year average) and 2% of the admissions generated in the 12 non-European sample markets. This is the lowest market share in the past five years. 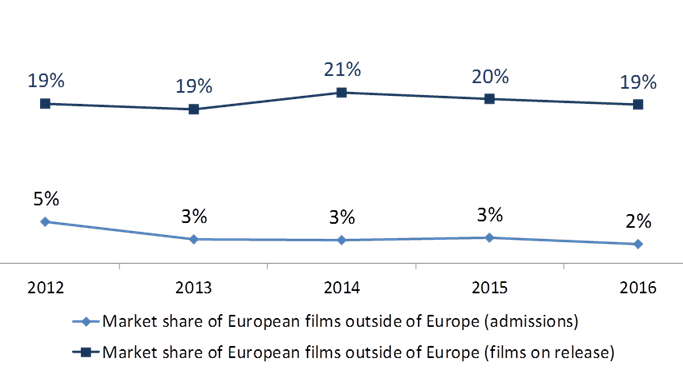 Figure 4. Admissions to European films outside Europe 2016 - by market and origin

The UK overtook France as the most successful European film export country in 2016 with UK films cumulatively selling 44.6 million tickets accounting for 55% of total admissions. French films came in second place, with 14.1 million admissions (17% of total admissions to European films). Russian films followed at a distance, cumulatively selling 5.5 million tickets outside Europe in 2016 (7%). 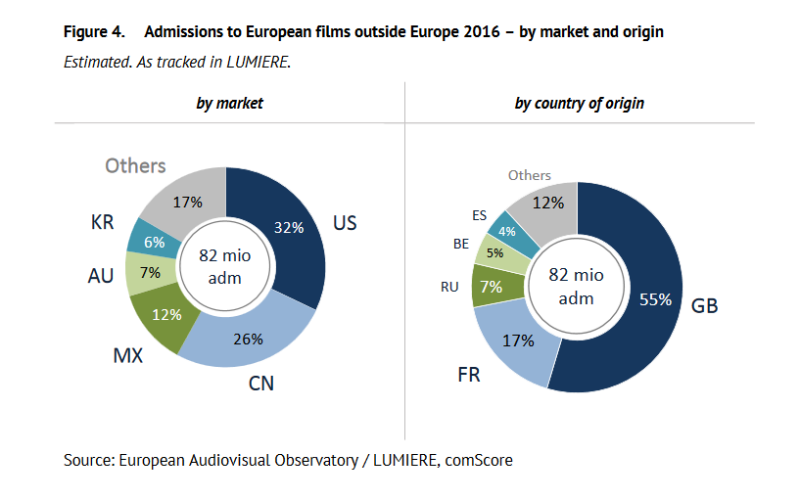