Who will be the star of the Lido at the 75th edition of Venice Film Festival? Perhaps an imaginary character called Elena Ferrante or rather, someone who hides behind that name, listed by The Times as one of the 100 most influential people in the world. The incredibly popular four-part book series has been adapted into a colossal eight-part HBO-RAI Fiction and TIMVision blockbuster TV series, My Brilliant Friend, with the first two episodes premiering at Venice Film Festival. Directed by Saverio Costanzo (Hungry Hearts [+lee también:
crítica
tráiler
entrevista: Saverio Costanzo
ficha de la película]), Ferrante collaborated on the screenplay together with Francesco Piccolo, Laura Paolucci andthe director himself. "I tried to opt for a story that followed the characters' twists and turns" Costanzo wrote in the director's notes. "A TV adaptation that tries to capture some of the novel’s great scenes on screen for viewers."

Those who have read the books will immediately notice the voiceover (by Alba Rohrwacher), which could potentially irritate fans of the book series. A directorial choice that also helps to link together periods of time in the story "with an anarchic and sentimental freedom that mirrors diary entries," explains Costanzo. A first-person narrator opens the doors to the main character’s unspeakable internal monologue.

But the quality of this adaptation doesn’t lie in its faithfulness to the original, nor in the written text, because texts, if anything, must be betrayed and reinvented. As in the book, the first episode (50-minute episodes) opens with the disappearance of Lila in Naples in the 1960s. Disappeared without a trace, her old friend Elena Greco turns on her computer and begins to write their story. The story of a friendship that blossomed in the '50s in a very poor Neapolitan neighbourhood, on a bench at primary school. The flashback shows Elena (Elisa Del Genio), blonde and shy, very good at school, bettered only by the "genius" Lila Cerullo (Ludovica Nasti), dark-haired and impulsive. Their friendship blossoms thanks to their shared love of reading, much against their families' wills, who have no interest in their studies, seeing as they’re poor young girls. They are surrounded by a neighbourhood worn out by the recent war, with all its humanity and violence, and in the second episode, while reading Little Women, the two girls decide to write a book together when they are older.

My Brilliant Friend doesn’t shy away from adopting the same pace as the novel, and in its rich slowness it almost seems like an anti-TV series. But the pace is necessary in order to respect the dense and very fertile narrative that is typical of Ferrante's writing. The director also hinted that the eight episodes will vary thematically in terms of form and narrative structure, with each episode inspired by changes in the protagonists’ bodies and moods. The images, mise-en-scène and colours will evolve in a similar fashion and will develop as the story progresses.

My Brilliant Friend was produced by Lorenzo Mieli and Mario Gianani forWildside and by Domenico Procacci for Fandango, in co-production with Umedia and with support from the Creative Europe-Media Programme. Paolo Sorrentino and Jennifer Schuur are executive producers. FremantleMedia International will be distributing the TV series internationally in collaboration with Rai Com. 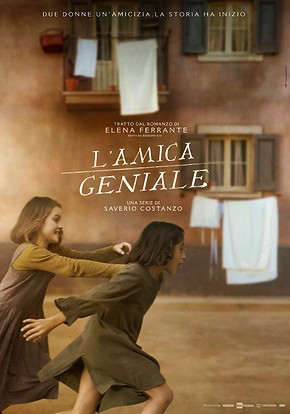 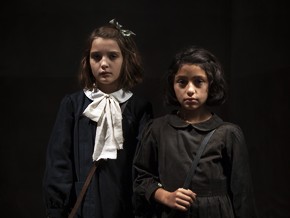 Crítica: As in Heaven