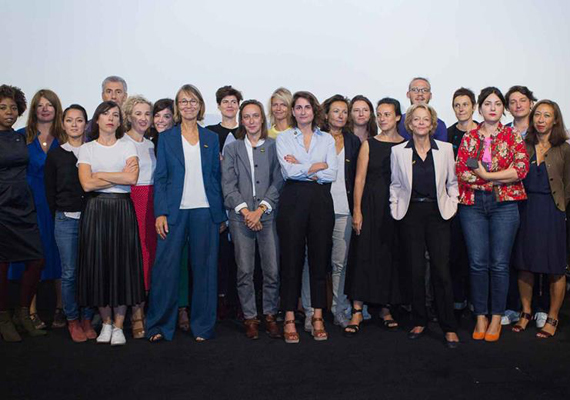 At the close of the Conference on Parity, Equality and Diversity in Cinema – organised by the 50/50 group for 2020 and the CNC (read the news here on the role of female directors in Europe) – the Minister of Culture, Françoise Nyssen, announced several measures to be put in place in France to promote equality between women and men in the film industry.

From 2019 onwards, a 15% support bonus will be trialled by the CNC, which will benefit films which have equal numbers of men and women in eight filming management positions, in particular (directing, production manager, director of photography, sound manager, costume designer, set designer, editor and director).

"We must break the glass ceiling and give young people even more examples of women's achievements," highlightedFrédérique Bredin, president of the CNC. The president also took on several other commitments for 2020, in consultation with the 50/50 group: he agreed to make gender statistics mandatory (technical team and payroll) in film approval documents, to ensure that there is gender equality in presidencies and among CNC committee members, to ensure that there is also gender parity on festival and school juries supported by the CNC, to showcase heritage films by women, to include a section dedicated to gender equality in the renegotiation of CNC-regions conventions, to increase the representation of women in the selections of films included in visual image education programmes, to create a research panel on gender equality in the cinema and audiovisual sectors (to gather statistics on employment, wages and subsidies for women) and to launch a study on the future of women graduates in the film industry in order to understand the obstacles they encounter and respond with appropriate measures. Finally, a charter of good practices for film companies will be created with industry professionals.