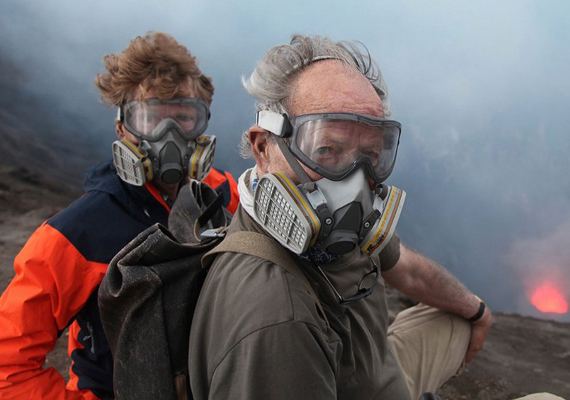 As the European premiere of Meeting Gorbachev [+lee también:
crítica
tráiler
ficha del filme], his first work directly focused on a political titan (co-directed with André Singer), approaches as the opening film of the 61st edition of DOK Leipzig - International Festival for Documentary and Animated Film (29 October-4 November) after its world premiere at Toronto, Werner Herzog is about to go back to exploring a geological theme – namely, comets and meteorites. With Fireball, he is taking the opportunity to join forces once again with geoscientist Professor Clive Oppenheimer after the Netflix title Into the Volcano (2016), but this time, he will serve not only as an expert interviewee and fellow traveller, but also as a co-director, as revealed by Variety.

The producers of his crater-themed previous work, Singer and Lucki Stipetic, will also back Herzog and Oppenheimer's new peregrination through various impact sites all around the world, with the aim of finding out what information they can potentially yield on the origins of life and the universe – and possibly our destiny – whilst also discussing the ways in which they have influenced mythology and religion. The movie is being produced by London-based, Emmy-nominated factual content production outfit Spring Films, together with the director's own company, Werner Herzog Filmproduktion.

Spring Films’ head of global development, Figs Jackman, is presenting the project to international buyers this week in Cannes, at MIPCOM (15-18 October).