At the beginning of 1900, Vienna became the unwitting European capital of thought and the arts, in an era destined to end with the First World War and the fall of the Hapsburg Empire. Its elegant streets graced the presence of Arthur Schnitzler, Hugo von Hofmannsthal, the young Ludwig Wittgenstein, and future directors Fritz Lang and Erich von Stroheim, while Alma Mahler used to invite musicians and intellectuals to her prestigious living room. The first of her many lovers was in fact Gustav Klimt, the star of the Vienna Secession art movement and the protagonist of the documentary by Michele Mally, Klimt & Schiele. Eros and Psyche [+lee también:
tráiler
ficha de la película] –written by Arianna Marelli and produced by 3D Produzioni and Nexo Digital – which successfully focuses on the stories of this great painter and his pupil Egon Schiele. The film is due to be released as an event in 350 cinemas in Italy on 22, 23 and 24 October, in Sweden and Switzerland on 26 October and in Australia on 27 October, before continuing its tour in Russia, Colombia, Finland, Canada, Belgium and Ukraine throughout November and then later in other European countries and the USA.

With elegant direction and clear photography by the young Mateusz Stolecki, which only serves to enhances the film’s shapes and colours, the 4K theatrical version takes viewers on a journey inside the innovative and often "scandalous" works of art by the two great artists, as well as through history itself, accompanied by the voice of the actor Lorenzo Richelmy. It’s 31 October 1918 and the war is over, when Schiele, the son of a provincial stationmaster, dies at just 28 years of age – one of the 20 million victims of the devastating Spanish flu. One particular image depicts the artist lying on a pillow, now dead, and looks almost as if it if were one of his own works of art. With his self-portraits, twisted female nudes and lovers entwined in morbid and sensual embraces, Schiele really did exercise the largest influence on the Viennese artistic scene after the end of the era of Klimt. While before him, Gustav Klimt himself also addressed themes of sensuality, desire and despair, highlighting his works of art with pomp, which were greatly influenced by Egyptian and Japanese art.

In order to bring together the two artists’ eros and psyche, at a time when Freud had just published The Interpretation of Dreams, the film takes advantage of readings by the actress Lily Cole, speeches by theNobel prize winner for medicine and neuroscience Eric Kandel, the art historians Alfred Weidinger and Jane Kallir, musicologist Bryan Gilliam and the pianist Rudolf Buchbinder.A portrait of an epoch that hadatruly unique cultural spirit and in which taboos were broken and the rules of upper-middle classes of Viennese society and the Western world were overcome. A time when the erotic relationship between the two sexes was turned on its head, allowing women to assume roles that had been unthinkable until that point in time: Hermine Hug-Hellmuth, one of the first women to be admitted to Vienna Psychoanalytic Society, published a diary on the sexual life of young women, while Dora Kallmus' photographic studio became famous all over Vienna, and Berta Zuckerkandl opened up her living room to some of the most prominent artists. The artistic vision and turmoil represented in paintings by Klimt and Schiele communicate with us with undeniable talent. And films such as this only serve to highlight just how much the freedom of art and culture is in danger in modern times.

Crítica: From the Wild Sea 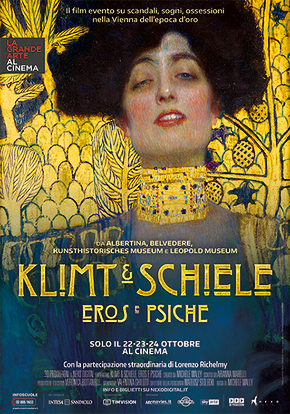 Crítica: From the Wild Sea