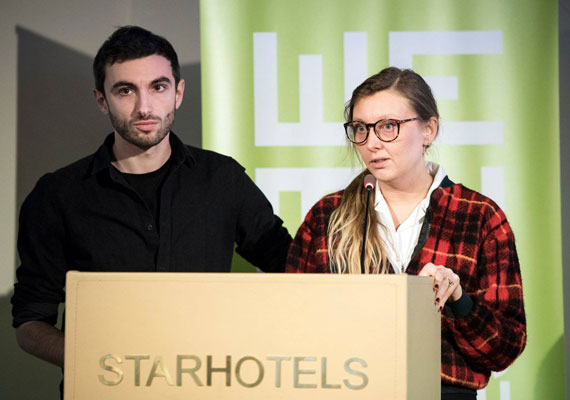 Brotherhood [+lee también:
crítica
tráiler
entrevista: Francesco Montagner
ficha de la película] - Francesco Montagner (Czech Republic)
The sophomore feature-length documentary by Italian filmmaker Francesco Montagner, whose debut feature doc, Animated Resistance, co-directed with Alberto Girotto, won the Venezia Classici Award for Best Documentary in 2014, is set in a Bosnian village and follows three young brothers raised in a Sunni Muslim family of shepherds. Brought up by their father to follow the strict Salafi way of life, glorifying mujahideen, and sensing the danger of being a Muslim, the children have only one way of believing in Islam. When their dad is imprisoned, they will get their first chance to either follow the path of jihad or abandon their insular community. Written by Montagner, the project is being produced by Pavla Janouskova Kubeckova, of Nutprodukce. 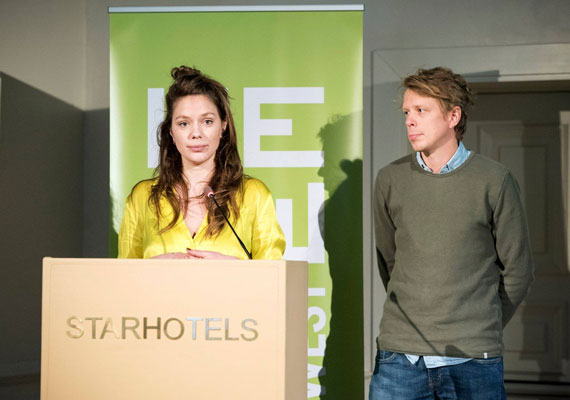 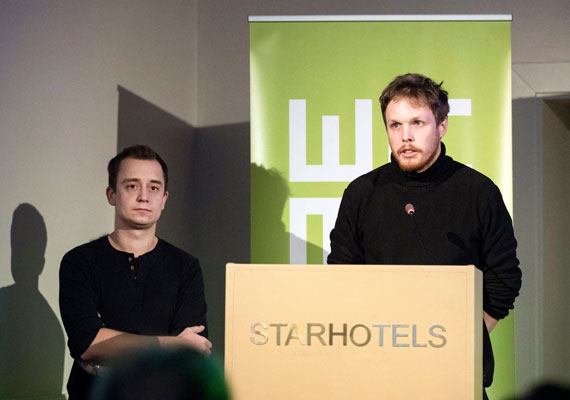 Magalie Dierick - Cassette for Timescapes (Belgium)
Project: All-In [+lee también:
crítica
tráiler
ficha de la película] - Volkan Üce
This is the sophomore documentary by Volkan Üce, whose debut doc, Displaced [+lee también:
entrevista: Volkan Üce
ficha de la película], had its premiere at DOK Leipzig in 2017. Two shy young men, Ismail and Hakan, decide to abandon their Anatolian villages and come to work at an all-inclusive hotel on the Turkish Riviera. The camera observes their adaptation to the new environment, as well as all of the challenges and the changes as they are exposed to an experience that will alter them forever. Written by the director, the documentary is being produced by Dierick and Emmy Oost for independent Belgian production company Cassette for Timescapes.

Her/His - Anna Kazejak (Poland)
The fourth feature by award-winning Polish writer-director Anna Kazejak (The Word [+lee también:
tráiler
ficha de la película], Flying Pigs) is set in Warsaw in the late 1980s. Irena is a skating pair coach who is preparing to participate in the Winter Olympics in Calgary, while her husband, Jacek, is a sports journalist working on the radio. They seem like the perfect couple. Although she wants a chance to be free and follow her passion, he loves only her and believes in the sanctity of their marriage. Their story will be told by both sides. The script was co-penned by Kazejak and Marta Parlatore, and Mariusz Włodarski is producing for Łódz-based Lava Films (The Harvesters [+lee también:
crítica
tráiler
entrevista: Etienne Kallos
ficha de la película]).

Heat Singers [+lee también:
tráiler
entrevista: Nadia Parfan
ficha de la película] - Nadia Parfan (Ukraine)
Ukrainian documentarian Nadia Parfan explores the central heating system of her country – a place where music is also born. A team of devoted pipe fitters rushes from home to home to tame hot fountains and to sing. Once their duties at the municipal heating company are over and done with, the workers, who are all virtually the same age as the company itself, gather every Wednesday in their union choir. Illia Gladshtein of Phalanstery Films is producing.

Tony Driver [+lee también:
crítica
tráiler
entrevista: Ascanio Petrini
ficha de la película] - Ascanio Petrini (Italy/Mexico)
The debut feature film by Italian writer-director Ascanio Petrini is a creative documentary about Pasquale Donatone, aka Tony, who lives in a small town on the southern Italian coast. After migrating to the USA as a child, he recently returned to Italy when he got deported. His second “job” was as a smuggler of illegal migrants into the USA. Scripted by the director, the documentary is a co-production by Marco Alessi and Giulia Achilli for Italy’s Dugong Films, with Giorgio Blasi for Mexico’s Fulgura Frango and Lucia Ferrante of Bari-based Rabid Film.