"Why don’t they want me? -"In the eyes of idiots, you’re too much of a freak". When it comes to Jérémie’s comedy career, nothing’s going right anymore, and his love life is similarly bleak, eroded by his rampant jealousy. Between insufficient funds on his credit card, the cuts and bumps he’s nursing and his existential doubts, this nice yet tormented and impulsive young man is swirling deep inside the vortex of his Paris-based depression. But there’s an audition he has to prepare for, for a part in the Frank Wedekind play Spring Awakening. "The character? A young, melancholy man in a hostile world who’s highly conflicted over his nascent sexuality and is going to commit suicide". Everyone agrees that the role would suit him down to the ground… This is the protagonist of My Best Part [+lee también:
tráiler
entrevista: Nicolas Maury
ficha del filme], the brilliant first feature directed by actor Nicolas Maury who also plays the film’s lead role. It’s a very funny but also very moving work, in a Woody Allen style, which was awarded the 2020 Cannes Official Selection Label and is currently gracing the showcase of the Industry Selects line-up within the 45th Toronto Film Festival.

"Your passion’s really touching, but it’s too much for me". Vet Albert (Arnaud Valois) and Jérémie (Nicolas Maury) love each other dearly, but the latter’s endless suspicions (he tails his partner, goes through his dirty washing, issues melodramatic ultimatums along the lines of "answer me or I’ll throw myself out the window", and even instals a hidden camera in his lover’s apartment) end up exhausting the former’s patience to the point he puts an end to the relationship. Experiencing similar setbacks on the job-front (involving colourful appearances from Jean-Marc Barr and Laure Calamy, playing hypocritical and crisis-stricken filmmakers, respectively), Jérémie decides to take himself off to the countryside to stay with his mother (Nathalie Baye), to attend a ceremony commemorating his father’s death and in order to prepare for his audition. But this return to his roots will prove anything but restful…

Never hesitating to take shortcuts, or to linger on the unexpected and the fantastical, almost to the point of the ludicrous, My Best Part’s storyline, which is full of twists and turns, is nonetheless rigorously constructed (based on a screenplay written by the actor-director himself). But most impressively, as it dips into Jérémie’s childhood roots (via minimal flashbacks) and untangles the knots of his family history (namely, separated parents), the film manages to maintain a skilful, tight-rope walker balance between its comic elements and its more moving, melancholic airs, which border on the dramatic, simultaneously exploring themes such as the struggles that come with a unique personality and the search for truth in complexity. Because, as Jérémie’s agent insists, "when the wheel no longer turns, you have to give it a helping hand".

Produced by CG Cinéma and co-produced by Mother Production together with High Sea Production, My Best Part is sold worldwide by Les Films du Losange, who will also helm the film’s release in France on 28 October. 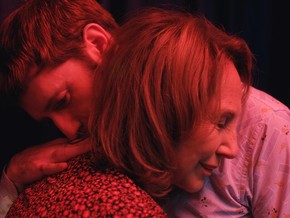