The Truth About La Dolce Vita [+lee también:
tráiler
entrevista: Giuseppe Pedersoli
ficha del filme] is one of the titles presented Out of Competition at this year’s Venice Film Festival. Giuseppe Pedersoli has a long career as a producer behind him (See You Tomorrow [+lee también:
tráiler
ficha del filme], The Good War) and this is his first foray into full-length film. Based upon a wealth of unpublished and exclusive paperwork, Pedersoli reveals the troubles that plagued the production of Fellini’s famous masterpiece and the stormy relations between Peppino Amato (the director’s grandfather and Fellini’s producer), Angelo Rizzoli (the picture’s other producer) and the Rimini-born master himself.

The focus of the entire work isn’t on Federico Fellini, to whose work an infinite number of film history pages have already been dedicated, but on Peppino Amato and the figure of the producer who is one of the few to have fully believed in the project, albeit with reservations, from his very first reading of the screenplay. Amato is played by the brilliant Neapolitan actor Luigi Petrucci (appearing in the comedy Cetto Is Back, Doubtlessly [+lee también:
tráiler
ficha del filme] last year), who is immensely believable in the role of a filmmaker on account of his portrayal of a man in love with his job and the seventh art, but also for his physical similarities with the producer himself. In sparse, modest settings – a small screening room, an office, a bedroom and very few outdoor environments – Petrucci evokes key moments in La Dolce Vita’s production, the highs but, primarily, the lows. Indeed, the whole enterprise ultimately caused the Neapolitan producer a great deal of financial pain, not to mention health issues. Overall, it’s a good approach, lending a certain dynamism to a film that’s unavoidably wordy, given its narration via letters, telegrams and other documents.

There are two voices accompanying the actor, provided by voice actors Luca Dal Fabbro and Ambrogio Colombo, who loosely play the parts of Federico Fellini and Angelo Rizzoli. It’s a wise (and clever) choice which helps avoid caricatural or otherwise jarring performances. The voices, too, are rough approximations, especially Fellini’s which is still highly recognisable today.

For the most part, the behind-the-scenes revelations are interesting and, of course, previously unreleased – curiously including a benediction from Padre Pio before the project kicked off. Without a doubt, the informative value of this docufilm prevails over the aesthetic of the product, despite its essential and functional form. Apart from the sequences featuring Petrucci and several interviews filmed in recent times, the work is mostly composed of archive material. Contributions to the film include testimonies from Marcello Mastroianni, Sandra Milo, Bernardo Bertolucci, Giovanna Ralli, Vittorio De Sica and Dino De Laurentiis, to name a few. But, it’s definitely a title to recommend to cinephiles with a passion for the master and who, even today, sixty years on from its initial release, are eager to learn something new about one of the most famous Italian films in the world. 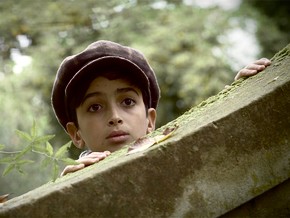 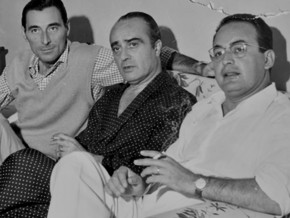 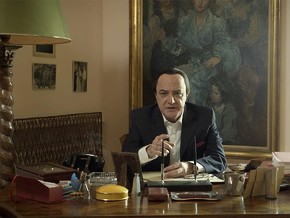 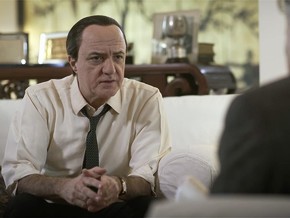