"Up to 70 metres, it’s manageable: you’re used to it and you’ll have someone with you. But at 300 metres, the risk is huge. How many people have dived 300 metres? How many people have come back from that?" It’s within the highly realist and thoroughly physical world of deep-sea diving that Roy Arida (born in Beirut and a former film studies student of Paris’ La Fémis) has chosen to anchor his first fiction feature Under the Concrete, unveiled yesterday in a world premiere within the 36th Warsaw Film Festival’s 1-2 competition and set to be screened on Sunday in the 11th La Roche-Sur-Yon International Film Festival’s Perspectives section.

On paper, it’s a risky gamble for a young filmmaker given the difficulties inherent to undersea filming which often restrict this type of film to the super-production genre where myth wins out over reality. But Roy Arida manages to negotiate any obstacles and maintain his course by working in an almost documentarian and intimist fashion without compromising on the exploration of vast worlds, whether the tumultuous and oppressive Lebanese metropolis or the silent, watery depths.

Radio announcements of suicide attacks, columns of black smoke billowing on the horizon, check-points manned by soldiers, tangles of traffic jams, relentless aural assaults (sirens, helicopters, etc.), a horizon streaked with buildings and construction sites, revellers drowning their sorrows in bars by the sea, the painful, daily negotiations required by a workplace which insists upon infuriating levels of speed and adaptability: the only time Alain (Alain Najm) feels happy is at the diving club where he teaches or during those magical moments he spends in the incredible calm of the underwater world, where he can cross paths with a massive manta ray and escape his crepuscular life on land for an hour or two. Driven purely by passion, by the disgust he feels for his out-of-water environment ("even if there’s nothing to see at that depth, it’s still better than what’s around us up here") and by the lure of a personal, existential challenge, he turns his back on convention, on his sponsors, on official protocol and on the possibility of having his performance officially recognised, and decides to venture into unknown territory, attempting to beat the world record for deep-sea diving with oxygen. Helped by a small-scale team, he makes preparations for the meticulous and perilous operation ahead…

Whether it’s the test-run dive of up to 200 metres (lasting six hours in total), his team-mates positioned at various depths with spare cylinders on hand, the reduction in his field of vision and his subsequent dalliance with tunnel vision, the rope to be held onto at all costs, the decompression stops which must be respected upon resurfacing or the stress and fear management that’s required for all concerned, the realism, the temporality and the fantastic underwater shots produced by Arthur Lauters endow the film with a great many levels of suspense, which the director uses to brilliant effect, proving that despite a somewhat minimalist out-of-water plot (nonetheless filmed with great intensity and proximity by director of photography Jacques Girault) and modest production means, Arida clearly has the makings of an excellent, fearless filmmaker whose potential we look forward to seeing deployed, buoyed by greater resources.

Under the Concrete is produced by Stank and sold worldwide by Indie Sales.

más sobre: Under the Concrete

Crítica: Why Not You 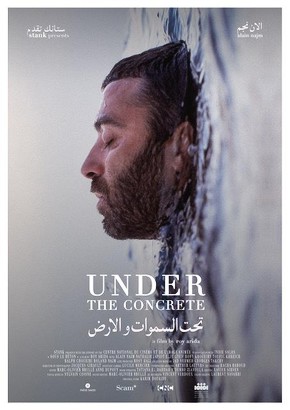 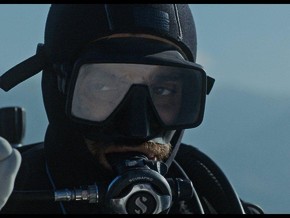