It is difficult not to be impressed by Magnesia [+lee también:
entrevista: Maciej Bochniak
ficha del filme], the sophomore feature from Maciej Bochniak, who besides his feature debut Disco Polo [+lee también:
tráiler
ficha del filme] also made the touching and accomplished HBO documentary Ethiopique. Music of the Soul. The high concept of his new film, presented in International Competition at the Warsaw Film Festival – a western set in the 1920s, on the remote part of Poland and close to the Soviet border – is admirable, mainly due to high production values and an all-star Polish cast including Dawid Ogrodnik, Maja Ostaszewska, Andrzej Chyra, Mateusz Kościukiewicz (who also co-wrote the script), Agata Kulesza, Borys Szyc and Magdalena Boczarska. However, this admiration is a fleeting feeling. Piles of references to Polish and world cinema and literature make Magnesia entertaining, but also a little shallow. The plot diverges in many different directions and introduces a vast array of glittering characters, with sense and meaning seemingly buried underneath all that ornamentation.

The story features two leading groups of characters, so to speak: the Lewenfisz sisters, whose family ruled the land for decades, and the Houdini Siamese twin brothers, joined at the hip and by their shared ambition to make something more of their lives. They work as photographers (using the titular Magnesia) and plan to rob Lewenfisz’s wealth before riding off into the sunset with the lovely Helena — even if this is physically a very complicated thing to do. Meanwhile Róża, the eldest of the Lewenfisz sisters, wants to secure her position as the mafia-like boss of the area and make a lucrative deal with Soviet racketeer Lew, while trying her best to conceal her feelings for his pretty son, Feliks.

Magnesia, with all its western glitter and alluring rusty red cinematography (kudos to Paweł Chorzępa), heavily relies on its actors’ performances, especially that of Dawid Ogrodnik (one half of the Houdini brothers), Borys Szyc (playing one of the Lewenfisz sisters in a very comical, but never over-the-top manner) and Agata Kulesza as a tough police detective.

The characters of women carrying guns, shooting without warning, leading their community and playing by their own rules are the most intriguing elements here, and rhyme well with what is currently going on in Polish cinema, as female directors voice their rights and fight for gender equality. Filmmakers such as Bochniak — who, incidentally, is married to one of Poland’s and Europe’s top emerging stars Joanna Kulig (Cold War [+lee también:
crítica
tráiler
Q&A: Pawel Pawlikowski
ficha del filme]) — and Piotr Adamski (Eastern [+lee también:
crítica
tráiler
ficha del filme]) catch the zeitgeist, paying respects to and cheering on female empowerment. It is interesting that both of them use the genre of the western to do so, a genre so clearly revolving around power play and physical conflict. Guns, coats and locks of red-flaming hair dancing in the wind seem to be in style this season.

Magnesia was produced by Aurum Film (The Last Family [+lee también:
crítica
tráiler
entrevista: Dawid Ogrodnik
ficha del filme]) and will be released locally on 20 November. World rights are still up for grabs. 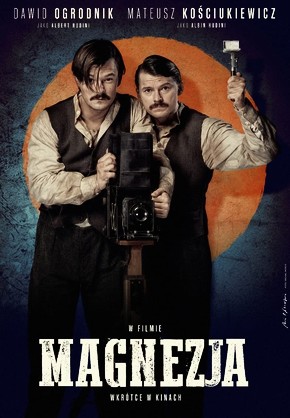 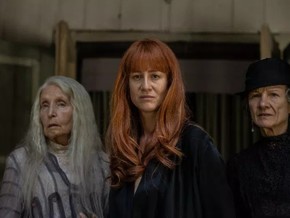