This film begins with introductory titles outlining the rules, such as they are, of this particular Game [+lee también:
entrevista: Ana Lazarevic
ficha de la película]: that migrating across the Balkans from Middle Eastern conflict zones is referred to by those implicated as a ‘game,’ with strategies and varying outcomes, and not simply a harsh ordeal involving no personal agency. The film’s characters, specifically the male ones, also can’t keep their eyes off another certain game: high-end European football. As the cliché goes about that sport, the ball is round, and it’s 11 vs 11 – in other words: this is a fair contest, with no preordained outcome. Serbian-American director Ana Lazarevic’s first feature, which premiered last week in the Toronto International Film Festival’s Discovery strand, imparts some of this attitude to a global crisis often understood in a more rigid, fatalistic manner.

It’s also a film, in a more subtle sense, about globalisation. The kids involved (fleeing in this instance from Iran and Yemen) want the same things that any young person growing up might covet today – reflected in them pursuing love and partying, yes, but also an interest in football, and the accompaniment of a now-ubiquitous phone-speaker soundtrack of Spanish-language reggaeton. (Sadly, Lazarevic falls into the trap afflicting many filmmakers, of making them unrealistically talented at their hobby – in this case, freestyle emceeing). To risk sentimentality, much recent cinema on this topic shows its subjects only content to ‘survive;’ here, they must live.

The perilous journey through Eastern Europe is overseen by another character, whose own arc gives bookends to the film’s main concern. Strahinja (Branislav Trifunović, one of The Game’s few professional actors) is a schlubby middle-aged guy sleepwalking through a precarious life in Belgrade; he has a young son with his now-estranged wife, and throughout the story, it’s ambiguous whether his black market career as a refugee smuggler is done out of benevolence, or if it’s more to compensate his many gambling debts (on football results – smart gamblers stick to cards). His latest gig ferrying Yousef (Yousef Al Khaled, a non-pro, like all the refugee characters) and his kid brother Hamed (Hamed Hamoudi), occupies the bulk of Lazarevic’s screenplay, and the film’s tone, whilst initially uncertain, veers to some surprising places.

An unforeseen incident forces Strahinja to spend more days than expected with his carry, with the addition of two other young men (although this means a higher fee for his trouble); the atmosphere shifts into the realm of a spontaneous hangout movie, with the smuggler a lenient surrogate dad- figure to four tricky but lively kids. It’s honestly refreshing for a work on this subject to evade the expected miserabilism; it’s at once closer to the likely reality – boredom laced with occasional mirth – of this circumstance, than to the peril and trauma we’ve also been exposed to. Lazarevic’s own research procedure for the film reflects this, concluding with many of the refugees she followed finding asylum in prosperous western European countries like Germany and Sweden.

The filmmaking can have a utilitarian feel, with performance and character coming first, and aesthetics and pure realism a less urgent priority. But look beyond the flaws, and you’ll see an empowering work about players and teammates excelling at what they see as a ‘game’ of survival, but which for humanity’s sake, should be a formality.

The Game is a co-production between Serbia and the United States, staged by Ana Lazarevic and Pavle Stevanovic for 24th of March. 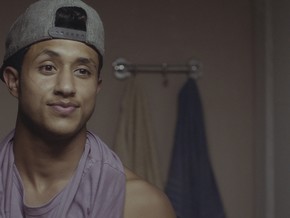 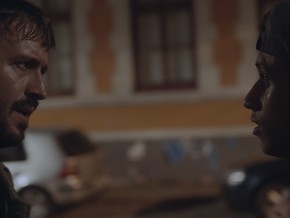 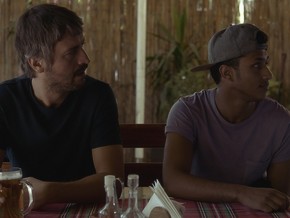