Though it focuses on the youth of today — a generation that is meant to exude vitality and brim with the joys of life — an ominous vein of death and despair runs through Norwegian documentary Young and Afraid [+lee también:
tráiler
ficha de la película], its very title a repudiation to the epithet ‘Young and Unafraid’ that is often applied to the boldness of youth. But even though much in the movie is swathed in darkness, it is ultimately a paean to the fact that there is light at the end of the tunnel.

In 2017, 24-year-old Petter Aaberg is stopped by police before he’s able to commit suicide, the wish to end his life driven by the ravages of depression and unresolved issues over his bisexuality. Fellow film student and best friend Sverre Kvamme suggests that they make a film to help keep Petter focused. They decide that they should go out into the world and talk to others who are also suffering with the idea that talking and communication might be of comfort to all concerned. With not much of a plan apart from roaming Oslo with a camera, the two set out on a journey in the hope of finding both kindred spirits and the possibility of redemption.

After its dark setup, the first moments of Young & Afraid drift into almost comedic territory as our filmmaker protagonists run aimlessly around, trying to crash parties in order to find subjects. But after brief encounters with a myriad of oddballs and reticent participants, they soon latch onto a number of people with whom they begin to share stories. There’s Monica, whose past has led to constant self-harming, and Oliver, a metal band member whose life is measured in lines of coke. There’s also Emma, transsexual and lesbian, who is out and proud yet still conflicted by her identity, and Cornelia, spiralling into a world of drug addiction.

As Petter talks to this cast of characters, he begins to recognise his own problems and feel less isolated. Embarking on a new relationship part way through shooting the film, Petter begins to feel more at ease with the world. But the road ahead still proves to be bumpy for all concerned.

There’s an unflinching honesty from everyone involved. After Petter starts his new relationship with Myriam, their sex life is examined with very little left to the imagination. Both Oliver and Cordelia partake in heavy drug use on camera and the latter suffers an overdose, with the subsequent ambulance visit a scene of despair and fear. Normally, all this would seem to fall into the realms of voyeurism. Yet Aaberg has such an endearing presence, in which naivety, despair and a sense of genuine hope all collide, that notions of exploitation are swiftly dismissed. With its raw and unpolished nature — the mechanics of documentary making are laid bare throughout — Young and Afraid feels like a therapy session for all involved and, one would think, some of the audience watching the film.

While the film is ostensibly about the mental health issues faced by Petter and his peers, the film does delve into the ethics of documentary making and the limits of how one should get involved. While Kvamme takes a back seat for much of the film, there are a number of moments in which he is brought face to face with the painful reality that many of the subjects — not to mention his best friend — face.

After winning the audience award at Haugesund following its World Premiere, and garnering a special mention from the jury at Nordisk Panorama following its International Premiere, the film looks to continue to do well in the coming months. While domestic and Nordic success in terms of both festivals and VOD seems assured, international interest will also look promising.

The film is produced by Norway-based outfit Indie Film.

Crítica: Stories from the Sea

Crítica: I Am Zlatan 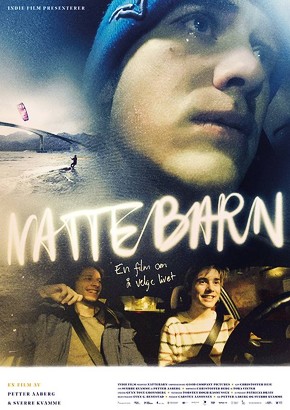