Having previously appeared on the big and small screen playing highly emblematic figures from Italian history - Padre Pio, Don Milani, Fausto Coppi, Enzo Ferrari, Aldo Moro, the judge Rocco Chinnici, and Gabriele D’Annunzio in the recent film The Bad Poet - Sergio Castellitto is treating himself, in his latest directorial outing, to the role of a kind but eccentric lead character: an Italian bookseller living in modern-day Paris. A Bookshop in Paris [+lee también:
tráiler
ficha de la película], which opened the Bif&st-Bari International Film Festival and is due to hit Italian cinemas on 7 October courtesy of 01, is a fairy-tale based on a screenplay entitled “Un drago a forma di nuvola” (“A dragon in the shape of a cloud”) by the great masters Ettore Scola and Furio Scarpelli in league with Silvia Scola. A film project transformed into a graphic novel with the help of cartoonist Ivo Milazzo, the work was eventually re-written for the present film by Margaret Mazzantini, Castellitto’s wife.

It’s a dreamy and comic-book version of Paris – recreated in Cinecittà’s Teatro 5 studio, as used by Fellini – which is home to Vincenzo, a romantic and poetic, middle-aged bookseller who gets his coffee brought to him by an immigrant-Neapolitan barista (rapper Clementino), who doesn’t care about money and who even lets his customers steal his books.  He lives above the shop with his daughter Albertine (Matilda De Angelis), a student confined to a wheelchair following an accident in a pool. Albertine has decided not to speak (she wears a t-shirt saying: “Sorry I have no words”) and her thoughtful dad reads her books aimed at encouraging her to come back to life: works like The Baron in the Trees by Calvino, in which nobleman Cosimo refuses to come down from the tree he has climbed, or Cervantes’ Don Quixote: “Look, my lord, don’t be lazy, get out of that bed and let’s go to the countryside, and perhaps behind some bush we shall find the Lady Dulcinea disenchanted…”

Initially, it’s Vincenzo who seems disenchanted when his beautiful and tumultuous neighbour Yolande (Bérénice Bejo) bursts into his bookshop. She has lost her dog and is trying to be an actress in a play which is being rehearsed in a nearby theatre. In fact, she’s gone from playing a simple passer-by to playing the lead. Yolande knows nothing of literature, and Vincenzo lends her precious little books to be read in one sitting: Froth on the Daydream by Boris Vian (featuring young, rich and bored Parisian Colin who experiences love at first sight when he meets the beautiful Chloé) and the brief but meditative Les 33 noms de Dieu by Marguerite Yourcenar.

Very soon, “emotional material” (as per the film’s Italian title) prevails over disenchantment, which eventually morphs into enchantment. In short, never propose to a wacky Parisian woman at night-time with the Eiffel tower in the background (even if it’s only made of cardboard). Hearts open wide, good feelings flow thick and fast, and so do quotes, which are a must if you’re setting a film in a bookshop, but it’s important not to go over the top. Writer-screenwriter Mazzantini lets slip one or two too many – from the humdrum Oscar Wilde via “only the dull are taken seriously, and I live in terror of not being misunderstood”, to Schopenhauer’s even more mundane hedgehog dilemma –, offering up pearls of wisdom vis-à-vis modern-day culture which has been annihilated by digital technology: “literature makes us eternal, modernity makes us weak”.

A Bookshop in Paris is a theatrical fairy-tale (the concept is made explicit by the red curtain in the penultimate scene), and we all know that life is like a theatrical performance, to quote Charlie Chaplin, William Shakespeare, Lucio Anneo Seneca and goodness knows who else. Arturo Annecchino’s beautiful, background piano music is sidelined in key moments to make room for the usual North American pop song, which always seems to take precedence.

The film is produced by Rodeo Drive together with RAI Cinema, Mon Voisin Productions and Tikkun Productions. International sales are in the hands of True Colours. 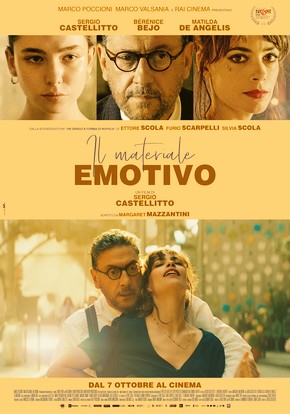 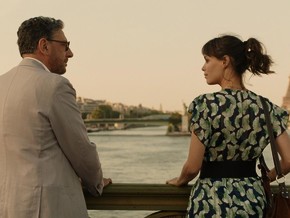