Every happy teen looks the same, and every unhappy teen is unhappy in their own unique way. Well, this fake Tolstoy quote does not stand in the case of Flynn von Kleist’s film I Don’t Wanna Dance, screening at the 19th Zagreb Film Festival in the Plus programme, aimed at teenage audiences.

Working from a script written by Jeroen Scholten van Aschat, von Kleist tries to tell a true story based on the life of the film’s producer and main star Yfendo van Praag. A lot of fiction interventions were eventually added into the mix, and the real dancing rising star of The Netherlands became a regular troubled teen named Joe. It is worth noting that van Aschat and von Kleist previously envisioned and executed the short film named Crow’s Nest (2018), which could be regarded as a study for the feature, since it is based on the same premise and features some of the same characters and actors.

We meet our protagonist while he is involved in a very physical fight on the playground, broken up only by the arrival of the police and Joe’s arrest. He is lucky to be just 15 years old: he isn’t tried as an adult, but processed by his regular social worker Frouwkje (Lilith Vermeulen). Joe and his younger brother Ricardo (Eliyah de Randamie) live at their aunt’s and uncle’s place ever since their mother left them, but Frouwkje has some exciting news for them: their mum is coming back and they have to go and live with her. For Joe, it also means that he has to attend the dance classes he is enrolled in at the local community centre.

At first, everything seems fine and dandy: the mother Daphne (Romana Vrede in her first major film role after thirty smaller film and TV roles in her 20-year-long career) now has a job and she has prepared the apartment for the boys to move in, although Joe still struggles with the concepts of focus, trust and authority. But soon enough, it turns out that Daphne is far from being done with her self-destructive habits (such as smoking marijuana and going on benders at nearby coffee shops). Joe, despite his impulsive nature, does his best to maintain some sense of order in the house. The sudden, unannounced visits by his elder wannabe-gangster brother Roy (Daniël Kolf) do not help, but maybe the dance classes under the mentorship of Julian (Sean William Bogaers), the sense of camaraderie with the rest of the troupe and his love interest Roxan (charming newcomer Chardonnay Vermeer) could lead Joe towards the right path.

The story of Joe’s (or, for that matter Yfendo van Praag’s) troubled teenage years is a fairly standard one that is here told in a rather typical manner, with an emphasis on the message it delivers to viewers. Given that the target audience consists of teens, it is fairly understandable that I Don’t Wanna Dance feels a bit like an after-school special about the necessity of responsibility and the harm that even the lightest and most legal of drugs do to the family. On the other hand, there are elements of genuine interest in the film. The mix of a dance star, in a rare film role, with some lesser-known Dutch professional actors and newcomers yields results that are realistic enough, despite occasionally heavy-handed dialogue, and the hand-held camerawork by Tim Kerbosch on the less glamorous locations of Amsterdam’s outskirts actually serves to make I Don’t Wanna Dance a watchable, albeit forgettable film.

I Don’t Wanna Dance is a Dutch production by companies The Rogues and Gusto Entertainment, with the financial support of the Netherlands Film Fund. 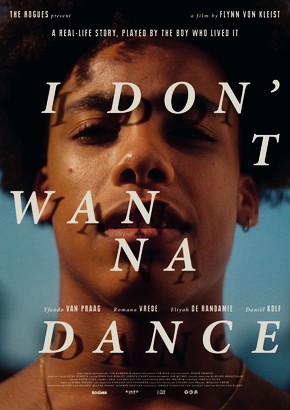 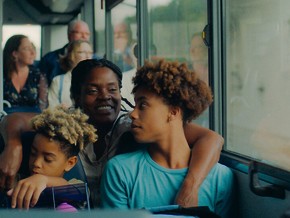 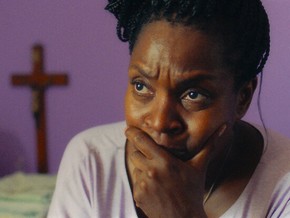