“It is 7,800 kilometres from Amsterdam to Beijing,” director Louis Hothothot states as he begins to narrate his Four Journeys. The numbers that follow seem incidental at first: the time difference is six hours, and the flight takes 13. Exact figures such as these, however, have dictated the course of Louis’ life, after he was born in China in 1986 as an “illegal” second child during the one-child policy. In his feature-length debut, the filmmaker returns home from his life in Amsterdam to take stock and confront his parents. Four Journeys opened the 34th International Documentary Film Festival Amsterdam (IDFA), which is being held from 17-28 November.

Hothothot’s film is a neatly constructed account of his personal quest for answers. Having always harboured a feeling of guilt towards his family, he left them in his twenties to reside in Amsterdam. It’s not hard to imagine the entanglement one can feel being the second-born during the one-child policy of that time. The government fined his parents an amount equal to three times the annual salary of his father, whose career was already hanging by a thread. Do they regret having this second child? To what extent should you feel responsible for your parents’ happiness? As the filmmaker bravely tackles these questions, armed with a camera, he unravels the emotional distance that he has always felt, along with a whole list of other issues that were always left unspoken.

The lack of emotional involvement on his parents’ side becomes palpable as soon as he lands at Beijing airport, where he receives a text from his mum saying that they can’t pick him up owing to some business they have to attend to. The first time they meet, the situation is clearly stated, as his older sister accuses their parents: “The gap between you and your son is too big.”

“We don’t worry about him, so we don’t ask,” their father replies. The filmmaker says that he is fine just listening to them. In this careful approach, his own insecurity becomes visible, as if he hasn’t quite got his head around how to approach them. As the movie progresses, the filmmaker starts to reveal himself more and more. Quite literally, as he starts filming himself, but also in terms of his tone and his firmness. Hothothot is not cutting corners, and starts asking his parents and sister poignant questions about their view on his upbringing. At one point, we witness a conversation between the four, where they discuss the time when his sister forgot to lock his bike during a visit to Amsterdam. She refuses to take the blame for it being stolen and is very defensive. At that point, their father takes Louis’ side in the argument after a long moment of silence. It feels like a precious and intimate turning point, in which his emotions are finally acknowledged.

The film offers an intimate insight into a family affected by the one-child policy, but it also touches upon more general themes, such as the parent-child relationship and intergenerational trauma. It conveys the message that emotional entanglement can be resolved and doesn’t necessarily have to be passed on to future generations. Towards the end of the film, Hothothot seems to have come of age. He has detached himself from his parents’ fears and doubts, and stands on his own two feet, emotionally speaking. He now faces his parents in a new light and with renewed clarity. They, it turns out, bear similar grudges against their parents that they have yet to deal with.

Four Journeys is a Dutch production staged by Pieter van Huystee Film and CNEX, together with Dutch broadcaster EO. Its distribution is handled by Mokum Filmdistributie.

Crítica: The Art of Falling 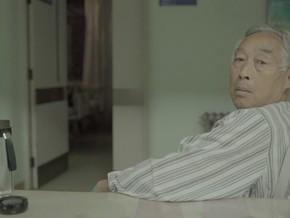 Hans-Christian Schmid • Director de We Are Next of Kin