Awarded the title of Best Dutch Film at the just-concluded IDFA, Jason marks the third and possibly the final time that Maasja Ooms takes a closer look at the youth welfare services in her country. It's not one of appreciation, that's for sure, and her protagonist shares it. But there is another layer to Jason's story as well, as he undergoes a physical transformation and officially changes his name, all the while deciding to embark on a gruelling "trauma therapy" programme to finally address what he experienced during his childhood. If that's not a difficult time in one's life, I wouldn’t know what is.

The therapy itself, a combination of very personal questions and – interestingly enough – physical exercise, is an odd process to observe. But who knew? It seems to be working. Slowly, Jason opens up. At times, he appears younger and younger, clutching a favourite toy when recalling his ordeal as a little girl. "I can't connect to the fact I existed before," he says, understandably, because the kid is not alright. At night, the memories still come back, also those of strange hands all over his body. But, as Ooms states at the very beginning, he "has a mission in life" and that life just can't be lived as a victim. "I am never going to shut up," he tweets at one point, knowing perfectly well that so many others never even start to talk.

It's not a cheerful story, obviously, as Jason's life was marked by domestic violence, continuous sexual abuse, self-harm and his move into the youth care system almost drove him to suicide. But it's easy to see why Ooms decided to follow him, as his determination is actually rather inspiring – in order to make a proper change, to be heard and to move forward, he needs to get rid of what has been weighing him down all these years. Or even learn to acknowledge all these little victories too, like buying razor blades not to cut himself but to shave.

It feels like a very careful portrayal, careful not to exploit someone's exposed pain. Perhaps because Jason, with his dimples and a child-like giggle, comes very prepared, listing his traumas and putting them "comprehensibly" into three separate boxes, "just like they are in my head." As he sets about unpacking it all, also in the film, it's not just about feeling a bit better at the end – the stakes are much higher. By choosing to study psychology (and noting that there is a "dirty old man vibe" to Freud) or speaking out publicly about the system that almost cost him his life, he is bound to revisit the pain and the struggle again. But now, he might be ready to do that. And hopefully, at night, the memories won't be coming back anymore.

Directed by Maasja Ooms, Jason was produced by Willemijn Cerutti for Cerutti Film. 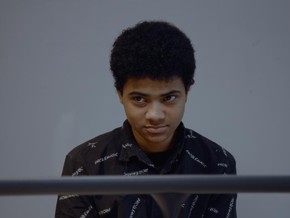 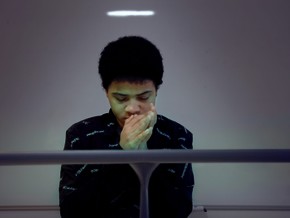