If you want to get an idea of the many possible gradations of hate in circulation, but also the countless degrees of respect and trust, you need only cast an eye over Doctor Ilaria Capua’s twitter account, where comments are left by loyal followers and tenacious, anti-vax, haters in equal measure. Like many of her colleagues, unexpectedly snatched from the shadows of their laboratories and thrust into the media spotlight, the Italian virology researcher based in Florida, USA, has been a permanent fixture on TV for 24 months now, where she follows, analyses and explains the development of Covid-19 and how to fight it. However, Ilaria Capua has two flaws which her detractors won’t let her forget: for one, she’s a woman, but she was also involved in an ugly legal affair many years ago in Italy.

Directed by Costanza Quatriglio and presented Out of Competition at the Torino Film Festival, Trafficante di virus [+lee también:
tráiler
ficha de la película] is loosely based on Ilaria Capua’s book Io, trafficante di virus, which sees the scientist telling her own personal story. Anna Foglietta plays the protagonist Irene Colli, a young and brilliant researcher at a leading Italian zooprophylactic institute where she works on animal-borne epidemics also posing a risk to the health of human beings. Irene wins a European call on account of her discovery of a new vaccine against bird flu and decides to share the latter with the global scientific community, notably the most at-risk African countries. But totally unbeknownst to her, the judiciary is opening an investigation accusing her of having spread the virus in order to profit from a certain pharmaceutical company’s vaccine sales. These are weighty accusations – illegal virus trafficking, causing an epidemic and attempted mass slaughter – which carry a life sentence.

Written by the director alongside Francesca Archibugi, the film opens with images of the terrorist attack on the Twin Towers on 11 September 2001 and Bush Jr’s successive declarations of war against terrorism - including bacteriological forms – as an introduction to the tragic and highly topical theme of pandemic viruses, not to mention the criminal use that can be made of them and the worldwide paranoia this creates. From hereon in, the film shoots back and forth between 1999, 2001, 2011 and 2016, leaving the viewer lost amidst jumps between species, ferrets, the BHLV – HTLV retrovirus, vaccines containing the inactivated H7N1 virus, guidelines, biosecurity and, in short, how viruses are “sexier than bacteria”. Irene must contend with the obstructive ways of her bosses, the bureaucratic system regulating the international scientific community, its (nigh-on) impenetrable databases and her private life, which seems to be falling to pieces. And she does so with a stubbornness which leads her to make several naive blunders.

With a diligent directorial approach which eschews any risk-taking, Costanza Quatriglio (an award-winning documentary-maker who’s venturing into fiction of late – think 2018’s Just Like My Son [+lee también:
crítica
tráiler
entrevista: Costanza Quatriglio
ficha de la película]) has crafted a mosaic where different forms of life co-exist: she offers up a tenuous and somewhat uncompelling legal thriller, which sees a defaulting judge stall an investigation for years and a short-sighted journalist follow a non-existent lead; there’s the intricate journey travelled by science in the fight against viruses, an idea which we’re more than familiar with thanks to the small screen, but which does emphasise the protagonist’s everyday commitment to her cause; there’s the private side of the story, revealing a passion which goes beyond family obligations; but, above all, we see a woman’s personal battle “with everyone”, starting with her father (“you won’t earn enough in this field”) and continuing with the first man who fails to come to terms with her past (“everything revolves around you”) and her managers who voice their appreciation in sexist terms and belittle her work. Unfortunately, on account of the film’s overly subjective and unilateral viewpoint, the many pieces of this mosaic fail to fit together sufficiently to produce a full picture. The cast stars Michael Rodgers, Roberto Citran, Paolo Calabresi, Luigi Diliberti, Andrea Bosca, Isabel Russinova, Beatrice Fedi and Fulvio Falzarano.

Trafficante di virus is produced by Picomedia together with Medusa Film, in collaboration with Prime Video and the Trentino Film Commission. The movie is distributed by Medusa Film and is hitting Italian cinemas on 29 and 30 November, and 1 December, before its release on Prime Video very soon.

Crítica: After a Revolution 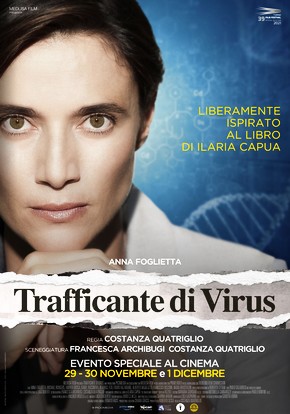 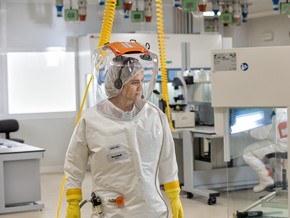 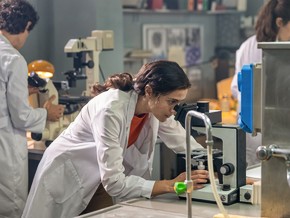