It might be pure randomness posing as tongue-in-cheek irony, or a case of clever festival programming, but the Black Nights premiere of Pelican [+lee también:
entrevista: Filip Heraković
ficha de la película], a debut feature by Croatian filmmaker Filip Heraković, took place just a day before the opening of the Football World Cup in Qatar. Just as the current World Cup is probably the most counter-intuitive event in its category (for unfolding in a country with little-to-no football culture and at an unusual time), so Heraković’s film about a footballer is the least “football-y” film about the beautiful game. In both cases, it has little to do with the masses’ favourite sport.

Josip - played by young stage actor Edi Čelić, now on his second film role (which is his second this year) - is a goalkeeper forced to stay in a secluded spa resort following a skiing accident. He doesn’t fit into this environment (populated by elderly patients and cold staff members), but he doesn’t feel particularly at ease with himself either. He craves a soda drink which appears to be forbidden in the resort, he hides away from his fame, dismissing an elderly man who recognizes him as the hero goalie nicknamed Condor, he reluctantly does his therapist (Ivan Glowatzky) a favour by starring in his promotional YouTube video, and he’s not even enthusiastic about his pretty influencer girlfriend (Tena Nemet Brankov) or his teammate (Marko Petrić).

There are several signs that life as Josip knows it might be over, so he tries to forge a new identity for himself. In this respect, perhaps crashing a seminar about the emotions involved in door-to-door vacuum-cleaner selling, aimed at salespersons, under the assumed identity of a man called Branimir, isn’t an entirely senseless idea. Arguably, though, the cold spa with its weird written and unwritten rules, where patients talk about death and injuries, isn’t exactly an ideal location for soul-searching. Perhaps the more observant among the staff are right: maybe it is too relaxing.

Either way, whilst the protagonist might indeed be on a road to nowhere, the film definitely isn’t, though it does take much time, running in circles, snippets of bizarre trivia (like the cause of Arnold Schwarzenegger’s skiing accident when he was the governor of California, or the feeding habits and wing spans of certain birds, including the titular one), wild theories and outlandish desires to get there. It’s a nice ride though, thanks to a clever script penned by Heraković and Nikolina Bogdanović - which leaves most things under wraps whilst subtly building up humorous and emotional moments - and thanks also to Heraković’s meticulous directing and sharp sense of visual style. Every frame is skilfully composed and masterfully captured from the right distance by cinematographer Tomislav Krnić, whilst Matej Merlić’s largely atmospheric score and editor Iva Ivan’s moderate tempo are well-suited to the mood of the film.

Heraković is also at the top of his game when directing actors. Edi Čelić constantly under-acts in a way which actually suits his cypher of a character, whilst his minimalist movements leave room for supporting cast members. Some of these, such as Stojan Matavulj (glimpsed in The Staffroom [+lee también:
crítica
tráiler
entrevista: Sonja Tarokić
ficha de la película]) playing the avid hunter in the sales seminar gang, seize these opportunities for little bravuras.

Ultimately, Pelican might be a bit on the “weird wave” side (mixing Greek coldness with Finnish warmth), but it’s also fun and insightful. It is a worthy addition to the string of films by Croatian first-timers which have debuted on the A-list festival circuit this year. 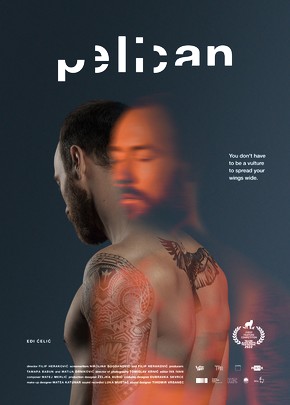 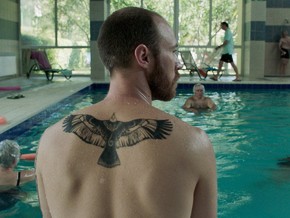 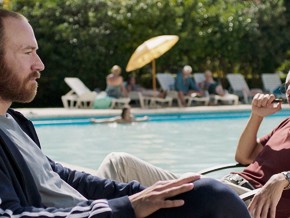 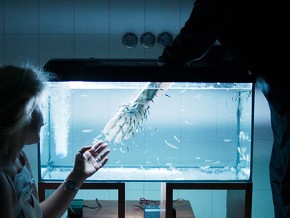 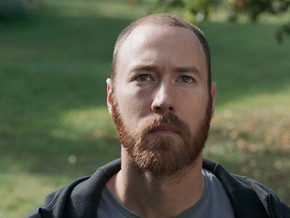 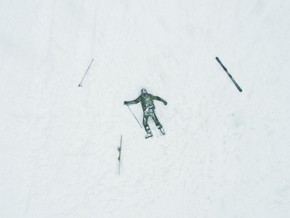 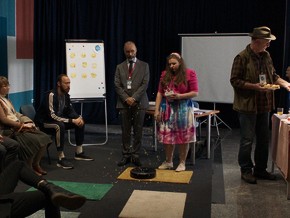 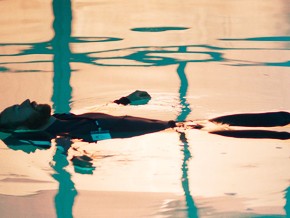