Crítica: And the king said, what a FANTASTIC MACHINE

It is perhaps ironic that Swedish directors Axel Danielson and Maximilien Van Aertryck came to international attention thanks to their short Ten Meter Tower (2016). The documentary, which featured shots of people deciding whether or not to jump off a high diving board, garnered success partly due to the subtle and affecting glimpses it afforded of human nature. Yet the film also affirms humankind’s love of observation. Without drifting into the arena of the voyeuristic, the helmers delight in letting audiences watch the protagonists as they make their complex decisions as to whether to take the plunge or pull back from the edge. While aesthetically different (and much closer to their recent archival footage-based short Jobs For All!), their joint feature-length documentary debut, And the king said, what a FANTASTIC MACHINE [+lee también:
tráiler
entrevista: Axel Danielson, Maximilien…
ficha de la película], explores the complex history of humanity’s fascination with watching itself and the means it has invented over the past 200 years to do so. The film is screening in the World Cinema Documentary Competition at Sundance.

Opening with the denizens of a shopping centre being fascinated by a camera obscura (their amazement and wonder given a slightly ironic edge, as many of them will have devices in their pockets that far outperform the quaint technology), the film takes us on a broadly chronological history through the birth of photography, cinema, the advent of television, and the image-saturated age in which we now live. From Muybridge to Logan Paul, from Méliès to Mr Beast, the film charts the technology that has changed the planet and the speed at which it has done so. The directors find a world in which image is king, and a society that both revels in and struggles with the power it wields.

While perhaps lacking a tightly focused point of view, And the king said, what a FANTASTIC MACHINE (the title paraphrasing Edward VII, who commented thus after seeing a recreation of his coronation committed to film by Méliès) is an often fascinating and insouciant, scattershot delve into both sociology and politics. Those familiar with Theo Anthony’s 2021 documentary All Light, Everywhere (USA) will find similar ideas explored. But whereas Anthony saw the camera as a weapon, Danielson and Van Aertryck are slightly more sanguine. Of course, the film doesn’t deny the power that cameras and images have – especially in this day and age. But their approach is a call for media literacy, to educate people on how to critically deal with the information overload which makes up modern life. But in an era in which people are quick to decry “fake news”, this critical thinking seems to be sometimes out of our grasp.

The huge amount of archive footage is well chosen, with much that surprises, such as the interview with Ted Turner done at a time before media training was a thing or the ISIS propaganda video in which the lead keeps blowing his lines. It’s a revealing – and sometimes humorous – selection that shows that many of our concerns and ideas about cameras and imagery have been there since their very invention.

In the film, former president of Ireland Éamon de Valera says: “Like atomic energy, [it] can be used for incalculable good, but it can also do irreparable harm.” Danielson and Van Aertryck seem hopeful that the images and videos that saturate our world will give us energy, rather than blow us all to hell.

And the king said, what a FANTASTIC MACHINE was produced by Sweden’s Plattform Produktion in co-production with Sveriges Television, Film i Väst and Denmark’s Bullitt Film. Its international sales are handled by Heretic.

más sobre: And the king said, what a FANTASTIC MACHINE

Crítica: And the king said, what a FANTASTIC MACHINE

The Siren, de Sepideh Farsi, inaugurará la sección Panorama, y When Will It Be Again Like It Never Was Before, de Sonja Heiss, hará lo mismo con la sección Generation 14Plus 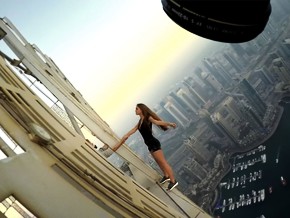 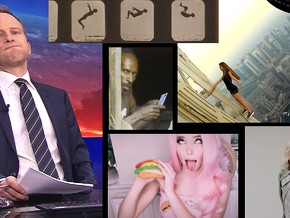 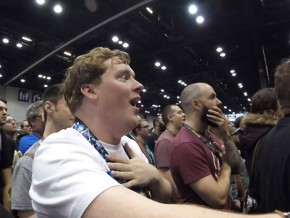