It’s the winter of 1999. A water bus is crossing the Venice lagoon. Camilla, a shy eighteen-year-old, who has recently arrived in the city from a country village to study Russian literature, notices a boy in the crowd. He too is carrying a suitcase, he too is just arrived. The two start exchanging glances: She’s shy, he’s more outgoing. Silvestro is the same age as Camilla, but unlike her, he hides his inexperience behind a naive jauntiness. When the water bus reaches the landing stage, he decides to follow the girl through the foggy alleyways of an island in the lagoon... Thus begins a ten-year-long adventure that sees the two live their student life in Venice and continue on to the alienating frenzy of Moscow, with its theatres and vast, trafficked streets.

A romantic comedy (and graduation film) by debut director Valerio Mieli, which won kudos at Venice, about a boy and girl who meet, like one another, lose contact and meet up again 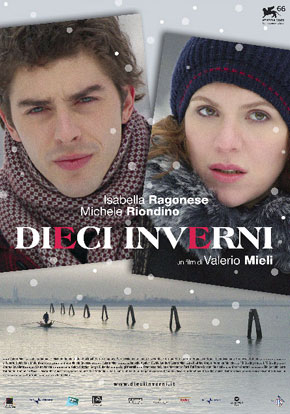