In Paris, in 1942. Arrested by the French police, Younes is accused of complicity and threatened with being shot. But the police detective offers him a deal: his freedom in exchange for keeping surveillance over the Paris Mosque, which is suspected of helping Resistance fighters and Jews. In the Mosque, Younes meets Algerian-born singer Salim Halali. Touched by his voice and personality, he becomes friends with him, discovering soon afterwards that he is Jewish. Despite the risks, Younes puts an end to his collaboration with the police. A friendship is born between Younes and Salim, which develops as events unfold. Anti-Jewish laws and German repression don’t prevent Salim from continuing his activities as a singer. But the net gradually tightens around him. One evening, Salim is arrested by the Gestapo who suspect him of hiding his Jewish identity. Faced with this barbarity, immigrant worker Younes, who has no political education, gradually turns into a freedom activist.

The director, who won the Best Debut Feature Award at Venice in 2004, is engrossed in his third feature, which is being co-produced by Elzévir

Rendez-vous with French cinema in London and Edinburgh

Awarded, rather like the Golden Globes, to the best artists of French and Francophone cinema by foreign journalists based in Paris, the 17th Lumière Awards will be presented on January 13....

Swedish and French delights in the desert

The fifth edition of the Abu Dhabi Film Festival came to a close this weekend in the eponymous capital of the United Arab Emirates. French film Chicken With Plums won the Black Pearl Award for...

Nobody’s a winner in the War of the Buttons 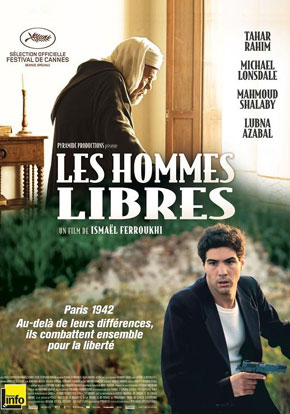