Three men, they all committed murder as children. They passed their entire youth in communist Hungary’s most brutal prison, where they were first filmed. Disturbing archive footage shows them confessing details of their crime, and sharing their plans for the future. Thirty years on the filmmaker goes out to find them and discovers untold secrets and a Hungary he has never known. Fate, sin, and legacy – seen through the eyes of Cain’s children.

The feature debut from the Hungarian filmmaker is produced by Campfilm with Mistrus Media, Lilith Films, Propellerfilm and Proton Cinema. Sales are handled by Luxbox

The Euphoria of Being to be showcased at Locarno

The documentary by Hungary’s Réka Szabó, produced by Campfilm and The Symptoms, will have its international premiere in the Locarno Critics’ Week

Review: The Other Side of Everything

Projects from Hungary, Serbia and Ireland win at ZagrebDox Pro

The HBO Award worth €2,000 went to the Hungarian project It's Her Story

Hansen-Love, Ozon and Kahn keep their eyes on the prize

Six French productions and co-productions are in the running for the Golden Shell at the Spanish festival, which kicks off today 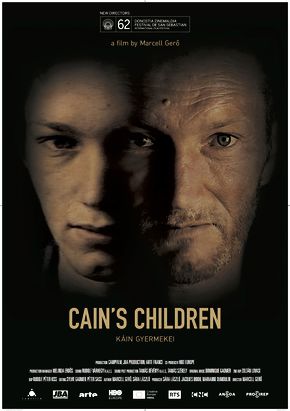