Paris, 1991. The true story of Franck Magne, a young inspector starting out in the Criminal Investigation Department at 36 quai des Orfèvres, in the Crime Squad. His first case deals with the murder of a young woman. His investigation leads him to study similar cases that he's the only one to link together. He's quickly confronted by the reality of police investigation work: the lack of equipment, bureaucracy... For 8 years, obsessed by this investigation, he'll hunt the serial killer that no one else believes exists. As a decade goes by, the victims multiply and leads become muddled. The gap between the brutal murders grows shorter. Franck Magne hunts down the monster that begins to emerge, so as to stop him for good. The inspector from the Crime Squad becomes the architect of the most complex and vast investigation ever undertaken by the French Criminal Investigation Department. During it, Magne crosses paths with Frédérique Pons, a dedicated lawyer determined to understand the destiny of the man hidden behind this merciless killer. The film plunges us into 10 years of investigation, amongst opinionated cops, determined judges, conscientious forensic policemen, and impassioned lawyers who will all be affected by this case that became the sensational "Guy Georges, the killer of Eastern Paris" case.

Stealing focus in the line-up is Frédéric Tellier’s upcoming film, a WY and SND production starring Benjamin Lavernhe and Emmanuelle Bercot, which will soon begin shooting

Pierre Deladonchamps dazzles as a seductive and dangerous vagabond, the troubling protagonist of Peter Dourountzis’s first feature, a social thriller about the role of the individual

Review: Through the Fire

Adama Niane, Stéphane Caillard and Paul Hamy are among the cast of Olivier Abbou’s film, which is being produced by 22h22 and A.P.C., and will be sold by WTFilms 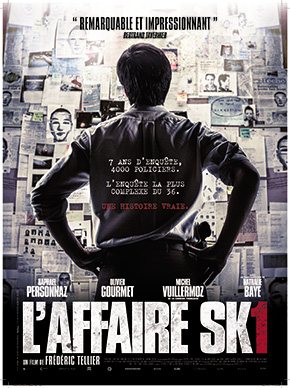 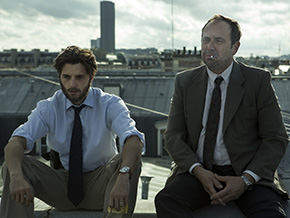 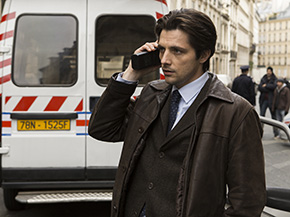 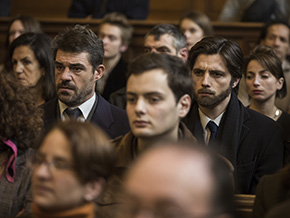