It's back in 52 BC. That's right, BC. Although Gaul isn’t totally overrun, Cleopatra’s Egypt is under the yoke of the Roman Empire. What’s worse is that Cleopatra, that dame with the big nose, has had the good sense to chose Caesar for her boyfriend. Caesar is the Emperor of the Greatest of All Peoples. Or so he says.

International stars of cinema come together at Festival Lumière

Coppola, Bellocchio, Scorsese, Bong Joon-ho, García Bernal, Loach, McDormand and many others will be in Lyon to celebrate heritage cinema from 12 to 20 October

The French director is due to reunite Gerard Depardieu and Christian Clavier, a fantastic pair who previously starred in Asterix and Obelix: Mission Cleopatra together 16 years ago

The workshop, to be held in Vilnius from 4 to 7 November, will compare and analyse the best digital production and post-production workflows

Fatsah Bouyahmed, Jamel Debbouzze and Lambert Wilson are among the cast of the filmmaker’s second feature, produced by Quad Productions

Loyal to the spirit of Franquin’s comic books, this off-the-wall family comedy by Alain Chabat has won over the critics.

French director-producer Claude Berri (né Claude Langmann) died in Paris on Monday, January 12 at the age of 74. The death of this pillar of the French film industry has prompted many reactions....

A true Gallic phenomenon, Dany Boon’s comedy Welcome to the Land of Shtis continues its triumphant run. Having attracted a further 3.63 million viewers in its third week (a drop of 8% only...

Pathé Distribution are being generous with the magic potion, as they launch Asterix at the Olympic Games in French theatres today on a record 1088 screens. Outdoing Harry Potter and the Chamber of... 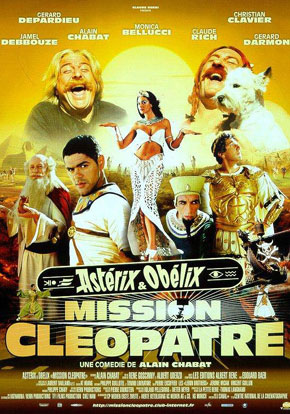