Craigslist is a digital grab bag. Anyone is allowed to post anything there: from house sales ads to open job applications with résumé included. And of course there are all sorts of variations on the “man seeks woman” theme – Craigslist is high in the rankings of alternative dating sites. Samira Elagoz used Craigslist to meet a veritable cavalcade of men, including a magician, an exhibitionist, sadist video artist and a soft-core porn director. She films her first encounters in a candid and transparent cinema verité style that has been updated for the YouTube generation. This performance artist describes herself as a behavioral researcher, but she is by no means an objective and dispassionate observer. In reality, she is enticing and risk-taking. Sometimes a relationship develops, but the more frequent outcome is a slightly fearful situation with violence simmering under the surface. It makes little difference in which part of the world her subjects are living – they are all lonely in some way, shape or form. Elagoz puts herself in a position to be the object of the male gaze, but she captures this gaze and returns it.

Cineuropa talked to up-and-coming artist Samira Elagoz about her feature debut Craigslist Allstars, docu-fiction and the male and female gaze

Interview: Samira Elagoz • Director of and performer in Seek Bromance

"I wanted to make a real story where the trans protagonists are complex and troubled, progressive and admirable, problematic and relatable" 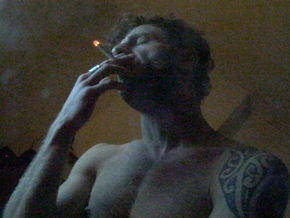 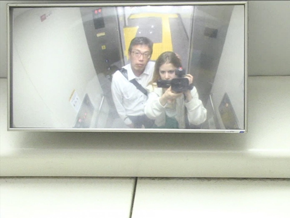 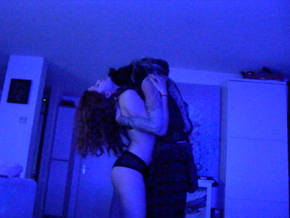