Nine million Syrians have left their homeland since the breakout of the war. Most of them have ended up in camps like Madjal Anjar in the Beqaa Valley, just over the border in Lebanon. This camp was set up by seasonal workers from Raqqa who were unable to return when their city was taken over by IS. Some of the camp's inhabitants rent land to cultivate crops, while others earn a little toiling in the fields of a local farmer who treats them with contempt. The rest of the time they spend waiting for the bus that brings goods and news from Raqqa. In conditions such as these, frustration rapidly turns to conflict, traumatized children become aggressive and women’s freedom of movement is very restricted. Multi-award-winning director Leonard Retel Helmrich uses his hallmark single-shot cinema verité style to probe deep into life in the camp. The fluid motion of the camera—sometimes high in the air, sometimes gliding just above ground level—allows him to get extremely close to the camp’s inhabitants, bringing home the human drama behind the abstract number of nine million.

more about: The Long Season

Films and professionals flock to the 21st Shanghai Film Festival 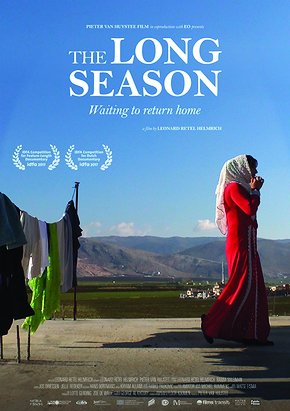