ONE OR TWO QUESTIONS

What does peace mean to you? And justice? Following 12 years of military rule (1973–1985) and the accompanying silence, it couldn’t be taken for granted that people in Uruguay at the end of the 1980s would discuss such questions in such lively fashion in public. Two women take to public spaces across the country a U-matic camera and ask these questions of countless passers-by. The reason is a controversial amnesty law passed in 1986 that grants impunity for human rights violations and crimes committed by the police and the military under the dictatorship. Enthusiastically conducted conversations on the street are at the heart of this stirring film, which documents the mobilisation of civil society from collecting signatures for a referendum to the day of the actual vote. TV ads and campaign spots from the time supplement the smartly edited video footage, which has never been used previously. One can hear a plurality of opinions, experience a society in upheaval and recognise the importance of the public sphere as a stage for political debate. An example of democracy in action, of the kind that once again needs defending in many places in the world today.

more about: One or Two Questions

The Mover, Bad Poems, The Guilty and Our Struggles also scoop up awards at the 36th edition of the gathering 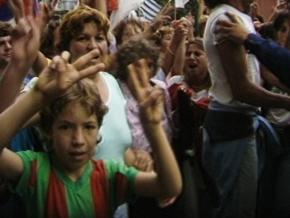 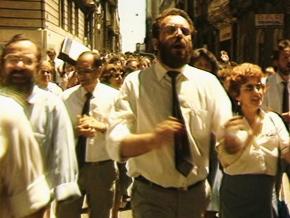 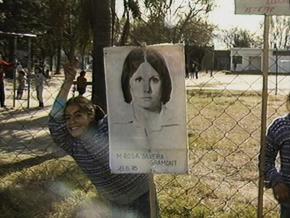