NOTES FOR A HEIST FILM

Elías is a film director who dreamed of making a heist movie. During the summer of 2013 he reads a news story about the arrest of 'The Vallecas Robin Hood', the leader of 'the sewers gang'. He then feels that he has found the opportunity to make his dream come true. He sends him a letter to the prison where he is serving his sentence. Against all odds, Elías receives a reply three weeks later. Robin Hood agrees for him to come and visit him in prison.

more about: Notes For a Heist Film

Review: Notes For a Heist Film

SAN SEBASTIÁN 2018: León Siminiani’s second feature starts off with a focus on the director himself, before passing the torch to the bank robber whose career he is researching

SAN SEBASTIÁN 2018: Spanish director León Siminiani has presented his new film, Notes For a Heist Film, a return to his unique blend of experimentation, reality and fiction

The Madrilenian filmmaker was the big winner at the ceremony organised to hand out the Spanish Association of Film Journalists’ awards, as he picked up five gongs for his political thriller The Realm 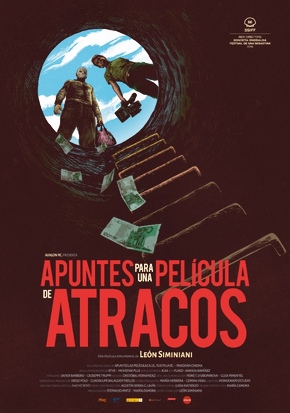 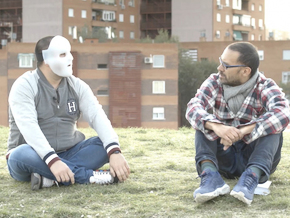