Everything was perfect until everything changed. From the moment she put on a pair of boxing gloves aged 10, Katie Taylor had one ambition, to be Olympic champion. There were plenty of obstacles in her way, not least the fact that the misogyny o the Olympic games meant that women weren’t even allowed to compete in boxing until London 2012. By then, Katie was the undisputed greatest female boxer of all time, with three world amateur titles and four European titles to her name – she hadn’t been beaten in years. After winning Olympic gold in London, she set her sights on Rio and her winning streak continued until five months before the games. That’s when everything changed. Then came a string of defeats. Fighters who had never come close to beating the Olympic champion, looked as stunned as Katie did when they began to win fights against her. Katie barely qualified for the Olympics and when she did she was eliminated in her first fight. Her face said it all – shocked, exhausted, beaten. A national treasure had lost her shine. This film is the story of a great champion trying to rebuild her career, exorcise her demons, leave a legacy and sleep at night.

The Irish film agency has published its latest funding decisions, and will support the development, production and distribution of over 70 projects

Govinda Van Maele's Gutland, Ryan and Andrew Tohill's The Dig and Viko Nikci's Cellar Door are among the victors at this year's edition 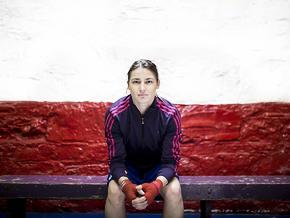