California Dreaming explores the unusual town of California City, which is the 3rd largest city by area in the state of California, though only about 14,000 people live there. It was grandiosely conceived in the 1950s as a new metropolis to rival Los Angeles, a mere two hours South of California City, but now it's a small town within a much larger ghost town in the desert. The film follows several locals and draws parallels between the American Dream of the 1950s, when the city was founded, and the dreams of those living there today.

"I fiori persi was born out of a personal tragedy, set against the backdrop of a collective tragedy: Covid"

We met with the photographer-director, who is currently finishing post-production on his two projects, which were shot in Luxembourg, Mauritania and Italy 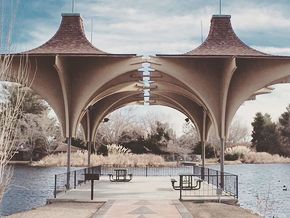