A film about death, reincarnation, immortality, where Hindu and Buddhist traditions mix. A film about memory, colonialism, discovery, loss of innocence,collapse of civilisation, the demise of all sanctuaries and unexplored territories. A road film on elephants, a sound oriented film guided by a monologue voice over, the amazing sounds of the jungle and a deep sound research related to the sonic language of the elephant. The film is a requiem for the unknown, for the undiscovered, for the elephant cemetery, for our shangrila. The film is composed of three parts, the journey, the bardo, the beginning. Each of the parts will be a separate entity, visually different, composing one film, inspired or drawn from a total different source of influences and references, from classic adventure films, to experimental abstract film to animal and landscape films. The elephant cemetery is our bardo thos tol our black hole, in between our lives, the place we need to arrive to reeincarnate to migrate to our next stage. 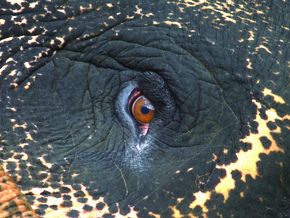