An old man walks the dusty roads between his isolated farm and the nearby rural village in the company of a silent spirit whose death he witnessed fifty years earlier. For decades, the old man's regret over losing his mother to tuberculosis has bred a pathological need to ease the suffering of the terminally ill, and over the years, he has quietly euthanized several sick women. As he realizes that his spectral companion is able to transport him back in time, the old man trespasses into his own past to set in motion a plan to convince his younger self to preempt his mother's terminal suffering.

more about: The Long Walk

VENICE 2019: Mattie Do’s new film is an intricate ghost story about a man who looks to change his own past and suffers the unexpected consequences of this decision

Interview: Mattie Do • Director of The Long Walk

"A reflection about faith and destiny"

VENICE 2019: Laotian director Mattie Do, who grew up in Los Angeles, talks to us about her new film The Long Walk, in competition in the Giornate degli Autori

The new executive director will organise the first online edition of the Frontières International Co-Production Market, which will still run on its original dates 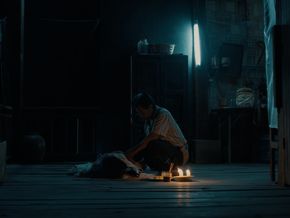 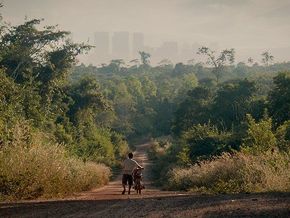