Fulci for Fake is the first biopic on Lucio Fulci. A film that uses previously unseen materials to investigate the man and his works. Lucio Fulci is an enigma. The full force of his cinema, despite having experienced moments of great popularity, from Zanna Bianca (White Fang) to Zombi 2 (Zombie Flesh Eaters), a genuine box office hit at the time of its release in the United States, has only begun to emerge since the director’s death. His movies, paradoxically, seem to have grown more surprising with the passage of time. The mystery that surrounds Fulci is linked in part to his personal life. The director only rarely spoke about himself in interviews. But he did let his experience be reflected in his films, which are a mosaic of everything passionate and tragic that he had to grapple with over the course of his existence. The setting of the film sees Nicola, a successful actor, agree to play the part of Lucio Fulci in a biopic on the director. The actor embarks on a journey in discovery of Fulci. Nicola will ask himself probing questions about the real nature of a man who, in his own lifetime, had already rewritten his biography. A biography in which myth, creation and legend have redefined a life as exhilarating as it was dramatic.

more about: Fulci for fake

“Lucio Fulci created his own story”

We talked to Simone Scafidi about Fulci for Fake, in which the Italian director tries to find the real Lucio Fulci 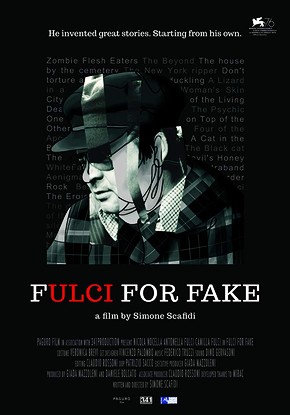 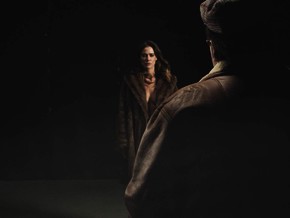