Sullivan had started researching in 2016 the possibility to film Danish ‘inventor’ Peter Madsen and his goal to become the first amateur astronaut. But one year into the shooting, the events took a dramatic turn when Madsen murdered Swedish journalist Kim Wall on his submarine.The film is an unprecedented revelation of a killer, and the journey his young helpers take as they reckon with their own complicity and prepare to testify.

more about: Into the Deep 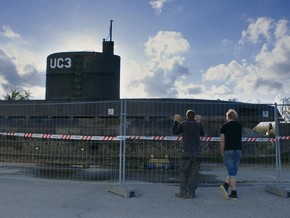