Turuleca's peculiar appearance and the fact that she can't lay eggs have made her a source of ridicule for the other hens. But one day, her life takes a radical turn when Isabel, an elderly lady and ex music teacher, takes Turuleca to live on her farm. There, Turuleca and Isabel discover the hen's hidden talent: she can understand humans, speak their language and what's more, she has the most beautiful singing voice. But Isabel is scared that if other humans find out, they'll want to exploit Turuleca for their own personal gains and so they decide it's best to keep her talents a secret. Isabel loves Turuleca so much, that she composes a song for her, in the hope it will help her start laying eggs. Even though the song doesn't have the desired affect on Turuleca, the pair's frustrations can't stop them from living a happy life together. One day however, Isabel has an accident. She falls from the roof of her house and loses her memory, no longer recognizing Turuleca. An ambulance comes to take Isabel to a hospital in the city, leaving the hen alone and unprotected. But instead of becoming despondent, Turuleca decides to embark on a great adventure to find her friend. This is how Turuleca meets Matias, a ten-year-old boy, whose father is the owner of a circus. Together, they create a show that brings Turuleca so much fame and success, she is able to pay off the circus' debts to the evil Armando Tramas, who quickly becomes obsessed with the talented hen and plots to capture her. During her adventures, Turuleca will also meet the attractive rooster, Vicente, but despite feeling drawn to him, she won't give up on her mission to find her friend.

more about: Turu, the Wacky Hen

Pilar Palomero’s début feature was the winner of some of the Spanish Film Academy’s most coveted accolades, presented last Saturday at a ceremony broadcast from Malaga

3D Wire gets under way in Segovia, now into its eleventh year 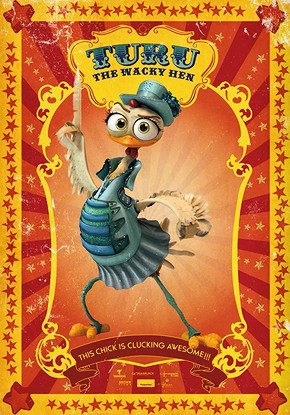 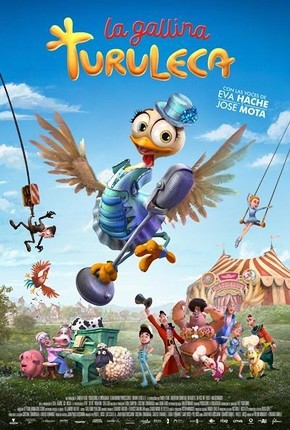