A LOSS OF SOMETHING EVER FELT

A sister goes looking for his drug addicted half-brother in the maze of conflict-torn Colombia. It’s an emotional journey through dangled family relationships, sibling obligation, mother’s despair and love mixed in with the turbulent political winds blowing through the Colombia today. The film relies heavily on the political atmosphere of Colombia. 50 years of violent armed conflict has killed over 200,000 people and forced internal displacement of over 5 million. The conflict has destroyed the country’s social fabric, increased the number of homeless, destitute and drug addicts, clearly visible on the streets of Bogota where we are looking for Lauri. The film takes the audience under the dark underbelly of Colombian society where even locals don’t dare to go. A bomb explosion in the centre of Bogota kills three, a teachers strike takes over the capital and FARC handing over its weapons are few of the events shaping the backstory.

more about: A Loss of Something Ever Felt

Estonia supports a new batch of documentary and co-production projects

The Estonian Film Institute has handed out €250,000 in grants for documentary and minority co-production projects 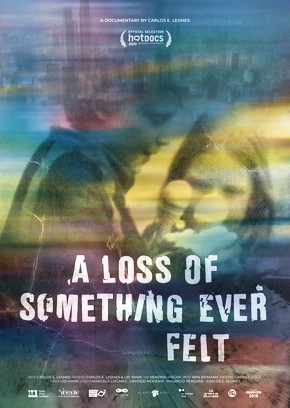