9th of April 1940 Denmark is attacked by Nazi Germany with the demand of an immediate and unconditional capitulation. After a few hours, the Danish Government surrenders and begins a cooperation with the Nazis. But on the other side of the Atlantic is the Danish ambassador in America, the daredevil and man of the world, Henrik Kauffmann who is willing to stake everything in one throw. He refuses to give in to the German demands and instead he creates a rebellious plan to defeat Hitler and give the Danish population back their freedom.

more about: The Good Traitor

The six-part show, starring Connie Nielsen in the lead role and helmed by Wildland’s Jeanette Nordhal, is now in post-production

The Danish thriller, set for release in 2022, is one of the 13 genre projects taking part in this year’s Frontières Platform

Despite the coronavirus crisis, the Nordic country’s box office recorded an historic 50.4% domestic market share, driven mainly by the Zentropa titles Another Round and Riders of Justice

The industry panel, held on 6 November during the Lübeck Nordic Film Days, focused on how to make historical subjects topical and relevant for today's audiences

In these difficult times, Thomas Vinterberg’s film has achieved a remarkable result, enjoying the best opening weekend for a local film in the drama genre in seven years and selling 102,366 tickets 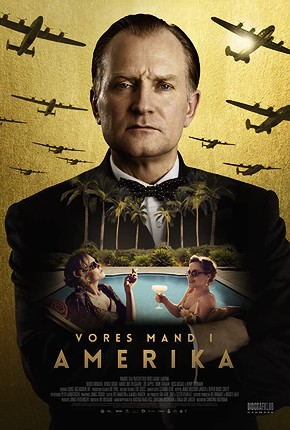