Maria S. lives nearby the seaside, within the province of Naples. She has a precarious job and no love ahead. Her mother is essentially mute. Forty years before, an extreme left-wing activist killed her father, a near-twenty-year old vice-brigadier, during a political rally. Maria was born two months after the killing. One day she found out that the killer had a name, a face and a job; he now lives in Milan after having paid for his murder in prison. “Now I know the person to detest,” thinks Maria. Then, she paints her hair and takes a high-speed train to get to know him. But she has a gun with her.

more about: Il buco in testa

Through the story of a victim of terrorism, Antonio Capuano establishes a link between the political violence of the 1970s and the strain infecting society today 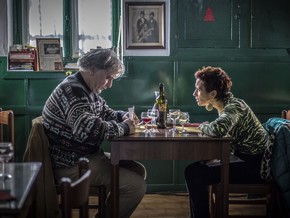