If it's a game, then it's one of the most dangerous. Every day, teenagers flee war-torn countries, attempting to cross European borders in search of a better future. Hostile nature, fences or armed guards - every step they take towards their final destination might also prove a step towards death. A stunning coming-of-age film in which lives are consumed on the clandestine roads of a fortress continent.

Movies That Matter launches an industry programme and new awards

The 13th edition will take place online from 16-25 April, and will include two new international competition awards for documentary and fiction films, as well as a pitching event for new projects

The film project by Belarusian filmmaker Anna Savchenko has received the €15,000 prize at the record-breaking industry event, which ran entirely online

The FIFDH announces the winners of its 19th edition

Shadow Game by Eefje Blankevoort and Els Van Driel, and Byambasuren Davaa’s Veins of the World, have received the Grand Prizes of the festival 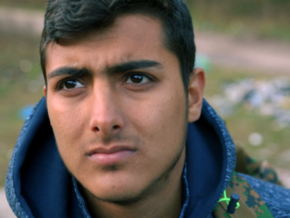