Four Shades of Brown is the first feature film by Swedish comedy group Killinggänget. A kaleidoscopic magnification of human -Swedish - behaviour and mores, it tells four different stories. A well-dressed man, having just completed his life's work, meets his destiny, in the shape of a little man made out of wood. In the south of Sweden a zealous father tries to encourage his son, by showing him the joys of small animal cremation. In Gothenburg, a diverse group of people convene, in the belief that they will learn how to cook. And somewhere in the north, a patriarch dies. His sons attend the funeral, which manifests strong oriental influences.

more about: Four Shades of Brown

Felix Herngren's The Hundred-Year-Old Man Who Climbed Out the Window and Disappeared, adapted from Swedish author Jonas Jonasson's novel, has begun filming in Hungary

Alfredson lets the right ones in: Lindgren's Brothers Lionheart

Norwegian films get noticed at Sunrise

Sunrise Film Distribution is sharpening its taste for Norwegian fare. After Joachim Trier’s Reprise, set to open this Friday in Denmark, the company has acquired Danish rights for Bard Breien’s...

In its latest round of production support, the Swedish Film Institute (SFI) has awarded a total of SEK 34.4m (€3.7m) to 10 films, including five European co-productions. Tarik Saleh’s adult...

The new local productions supported by the SFI include star actress Helena Bergström’s directorial debut Se upp för dårarna (lit. "Watch the Fools"), the story of two girls (one of which is of...

New talent for the Tiger Awards

Young European cinema is in the spotlight at the 33rd Rotterdam International Film Festival (January 21 - February 1): 10 films are competing for the VPRO Tiger Awards 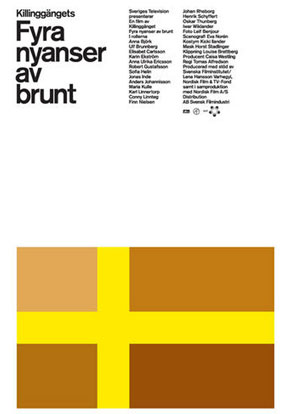