For half of his life Nicolas, the director, used the camera as confidant to film his video diary. This intimate film shows the strong and, at time, dysfunctional relationship that binds Nicolas to his mother and sister after the death of his father. His sister gets married and moves away from home leaving the mother face to face with her son. But Nicolas is carrying a fear that she knows nothing about. 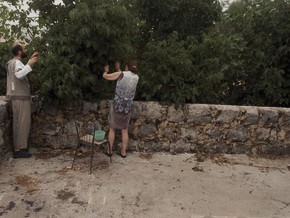