Jacob believes he is a wolf trapped in a human body, a real-life condition known as species dysphoria. When his distraught family send him to a clinic which specialises in the treatment of the disorder, he meets the other patients - Duck, Panda, Horse, Parrot, Spider and German Shepherd - who all self-identify as another species. Together they are forced to undergo increasingly extreme forms of "curative" therapies at the hands of The Zookeeper, whose methods are unconventional and cruel. The only respite to this ever growing restlessness is the enigmatic Wildcat with whom he roams the hospital in the dead of night. The two form an improbable friendship that develops into infatuation. But can he renounce his true self for love and will he ever be able to deny the being inside?

The producers of Nathalie Biancheri's film are invited to speak about their collaboration and the financing of their film, which has received Eurimages support

The Irish producer, selected as one of this year’s Producers on the Move, shared some thoughts about her job and how the market has changed over the last two years

Bertrand Bonello is shooting The Beast

The titles singled out for trophies this year include the short films An Irish Goodbye by Tom Berkeley and Ross White, and The Bridge by Mark Smyth

Starring George MacKay and Lily-Rose Depp, the movie was the first Irish independent film to shoot during the COVID-19 pandemic once production had safely resumed 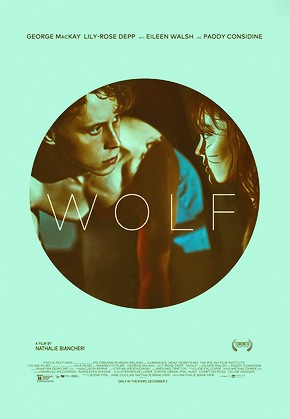