One shelter, two strangers and a zombie virus raging outside. These are the key elements of NEST, a psychological horror starring esteemed Argentinian actor Luciano Cáceres (The Son, Estocolmo) and Italian actress Blu Yoshimi (Quiet Chaos), a film that builds its claustrophobic plot up to an ending where things are not what they seem. Sara and Ivan. An eighteen-year-old girl from an upper class family and a middle aged volunteer locked inside a shelter together during a quarantine while outside a viral outbreak turns people into savage, irrational beasts. Apparently, in the safest place on earth, they will soon have to face an even worse danger: the girl is infected and she’s slowly transforming. Now what? Kill her? Save her? And how will they survive if there’s no way to escape? 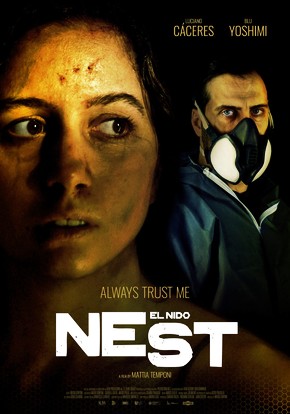 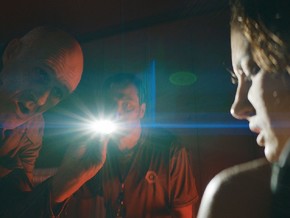