Documentary about Lithuania in the years 1989 to 1991, when the Baltic country broke away from the Soviet Union. Because of the peaceful protests with much singing, this period was later also called the 'singing revolution'. As one of the founders of the independence movement, Vytautas Landsbergis was at the heart of the historical upheaval. His incisive reflections are complemented by extensive archive footage of demonstrations, party congresses and the Soviet military intervention.

In his latest, Sergei Loznitsa answers FAQs about Lithuania's break from the Soviet Union, over the course of four bloody hours

After two years of adaptation on account of the pandemic, the 44th edition of the international documentary film festival is returning to cinemas and audiences in person from 11 to 20 March

There are no words to describe the massacre that took place in 1941 just outside Kiev, and Sergei Loznitsa is not even trying to find them

Other victors included O, Collecting Eggs Despite the Times by Pim Zwiers, Shabu by Shamira Raphaëla and Jason by Maasja Ooms

IDFA unveils its opening film and main competition selections, "worthy of our return to the cinemas"

Louis Hothothot’s Four Journeys will open the 34th edition of the festival, which will screen new films by Sergei Loznitsa and Aliona van der Horst 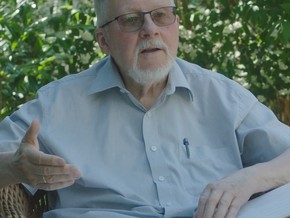