Pil, a little orphan, lives in the streets of the city of Roc-en-Brume. With her three tamed weasels, she survives by going to steal food from the castle of the sinister regent Tristain, who usurps the throne. One fine day, to escape the guards chasing her, Pil disguises himself by putting on a princess dress. Here she is then embarked in spite of herself on a mad and delirious quest to save Roland, the heir to the throne victim of an enchantment and transformed into ... (catchicken) (half cat, half hen). An adventure that will turn the whole kingdom upside down and teach Pil that nobility can be found in all of us.

SND kick off pre-sales on Maigret

66 titles to be showcased at Cartoon Movie 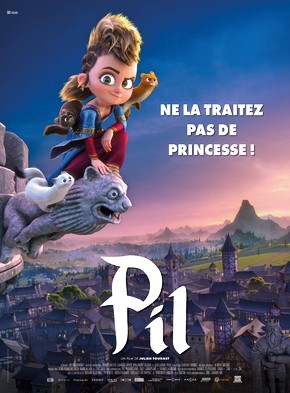