Naples: still an organized crime stronghold. For many teenagers, doing time is part of their "job". Yet Filippo and Carmine never imagined themselves to go down this path. Filippo, who comes from a well-off family from the North, has dreams of becoming a musician. Carmine, from a Camorra family, wants to become a famous hairdresser instead of taking up the family business. Both of them have committed serious crimes, their dreams cut short as their freedom is taken away. Will they be strong enough to oppose the attacks from fellow detainee Ciro, the young, up-and-coming crime boss? What chances are there for young love, as Filippo falls for female inmate Naditza? Though the prison's director Paola and correctional officer Massimo still try hard to help these "flawed" kids, the boys and girls behind bars are often left to fend for themselves. What they share though is a beautiful view over the sea promising a future in which their dreams may come true.

more about: The Sea Beyond

A product of a collaboration between continental Europe’s three main public service broadcasters, the TV series featuring a European cast will be available from next season 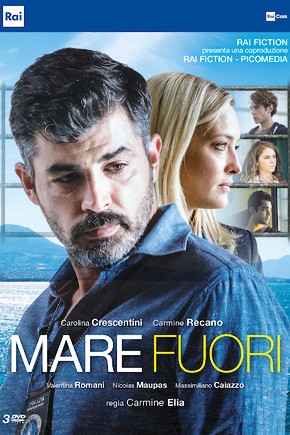