Women whose families were killed in Croatian war for independence; who were tortured and raped but survived kept silent for 25 years. Despite all that and the fact that they still live in the vicinity to their abusers- former friends and schoolmates, these women are getting their power back. For 3 years the film follows 3 women connecting with their deepest truths during the strengthening program, but also in their homes, villages and cities where they live. Mary feels she doesn't deserve to be free; For Kate any change is very scary; Ana describes herself as a little lonely duckling that doesn't belong anywhere. Today, the discovery of who they could be without the trauma they're identified with, is changing their life and relations.

more about: Bigger than Trauma

In her feature-length documentary debut, Vedrana Pribačić deals with the trauma of women, victims of war crimes

Running from 12-19 August, the festival will showcase 51 films in its four competitive sections, with 21 of those being world premieres

Sabaya and Dida receive the Big Stamps at ZagrebDox

Hogir Hirori's documentary has scooped the top prize in the International Competition, while Corina Schwingruber Ilić and Nikola Ilić were the winners in the Regional Competition

The spotlight territories are Central Eastern Europe and Benelux, the selection includes two guest projects from Baltic Event and DOCSP Brazil, and a new award has been announced 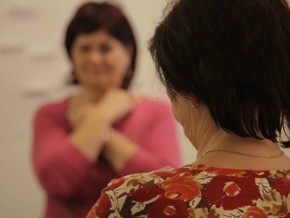 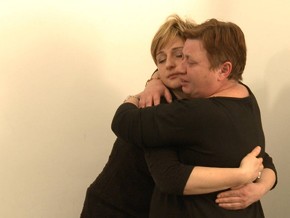